In this article, we will talk about the many faces of Goku. Goku is the legend of Dragon Ball Z. Goku or DBZ lovers have a better understanding of it.

Goku for sure is a single character. He’s a character that’s been on the TV screen for a while now. Even taking the cross overs and everything into consideration, this character has had stardom three times a day every day. He deserves it since he’s entertained and made the days of millions of people around the world every week and is still doing so with new people being introduced to the whole Dragon Ball universe. But the character himself has had his own growth and has gone through a lot of phases that’ve added up to the depth and the sides that the character has at this point. The word Goku is not limited or confined to a single well partitioned spiked face at all. It’s a lot of different Faces of Goku, a lot of different personalities brought together with the switch favoring one or the other depending on the situation. It’s an entire lifetime to be exact since a person goes through all kinds of things for the eternity he spends no matter where is. Goku is the same since he’s a person at the end of the day. Let’s count down the many faces of Goku that we’ve been introduced to and have the privilege of getting acquainted with over the years. 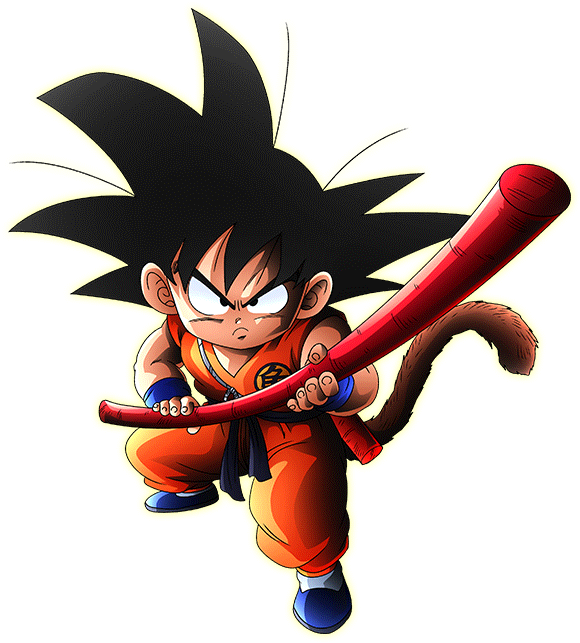 We’re going all the way back to the ’80s with this. The one that started it all, the one that defined and shaped the legacy that Dragon Ball is today. The one that was the start of a long journey that everyone’s watched even when knowing all about the departure and the destination beforehand. Kid Goku was a character that introduced us to what the anime protagonists would be based on in the times to come. A gluttonous appetite to a carefree attitude to the strength to wipe the ground with anyone and everyone, we’ve got it all here. His cane tricks were sure to give him the golden buzzer on those Got Talent shows and the title of the strongest kid alive the moment he was discovered by someone. 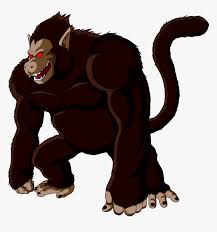 This is a realm that Goku never wanted to step in no matter the circumstances. A world that was better left undiscovered. But kids are naive and don’t know how to tread in the thorny path that envelopes the world in its entirety. We’re all aware of this quirk that the Saiyans possess and the moon is the one to blame for that. Goku just landed on Earth, getting lucky avoiding that planet destroyer that seems to dance around Frieza’s fingertip. He soon got a family, someone he could rely on, and someone who was there for him all the time. But that very person, Grandpa Gohan didn’t know about the whole Saiyan stuff, and one day that incident happened that made Goku lose the only person he had, the only person he shared that unbreakable bond with. Faces of Goku gives you the best thing to remeber DBZ. This was tragic back in the day and made fans emotional and heartbroken all around the world. 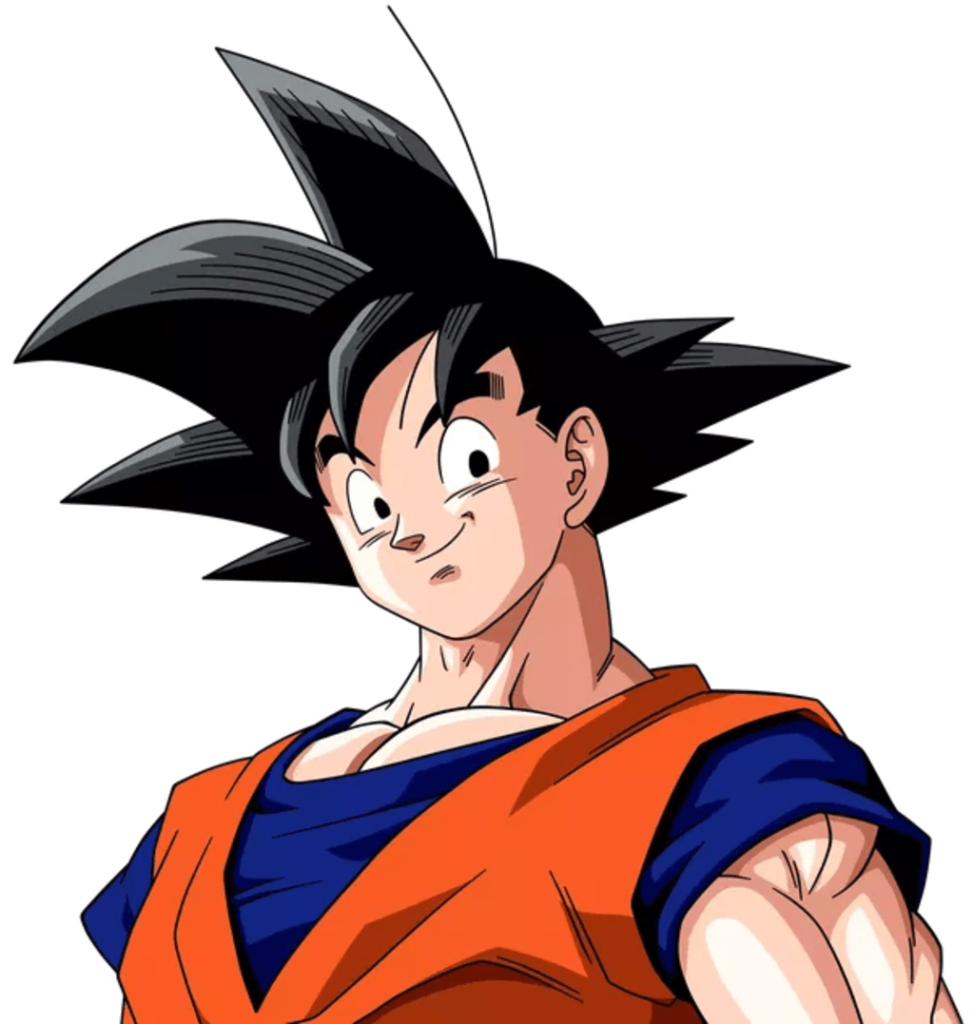 8. Adult Goku at the time of that Piccolo bout

This one was something fresh, something that people were long imagining but couldn’t quite picture it since Akira’s full of surprises at times. But we were given exactly what we wanted and got to see the grown-up lad turning up all puffed up and ready to kick some ass. He looked strong, strong enough to exact revenge on King Piccolo and have things get better for the planet that was his at this point. The best thing that I remember and am still really fond of looking up is that sick combo, the flurry he unleashed all of a sudden. The special move that had everyone think as if he was running around the track field at first but later on he surprised us like that. Meteor combination is something that would never get old and something that should be brought back into the series once more. 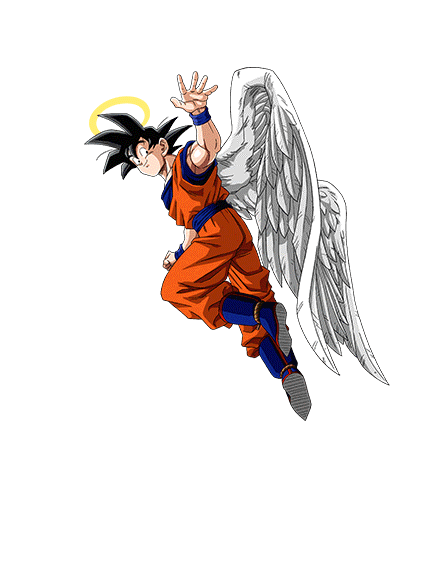 Good thing he didn’t have wings or it’d look weird since they’d never go well with someone like Goku. This Goku has the same carefree attitude as the one on Earth, paying no heed at all to the fact that he’s in the afterlife. Just hearing from someone or recognizing it yourself that you’re in the other world now makes a shiver run down one’s spine but no. We’re talking about Goku here who wasn’t fazed at all and it was another day for him. Even running across the entire snake way was no big deal and he accomplished that feat not being all in it as well. This Goku is aware of him being dead but doesn’t stop being reckless by any means. Apparently he’s under the impression that if he dies now, he’ll be reborn once again on Earth. How cute. 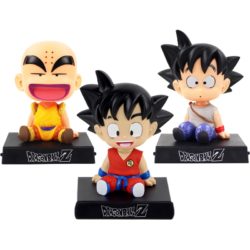 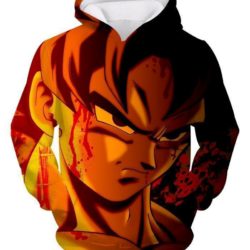 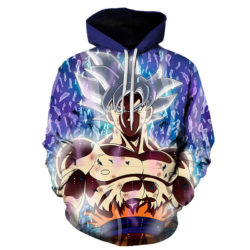 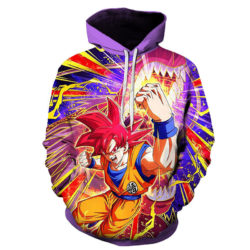 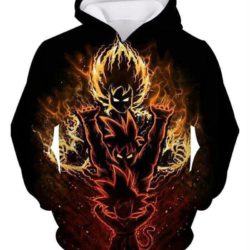 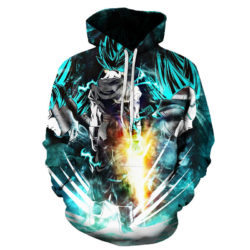 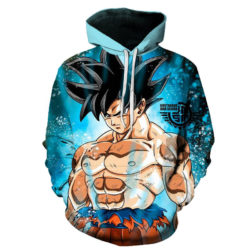 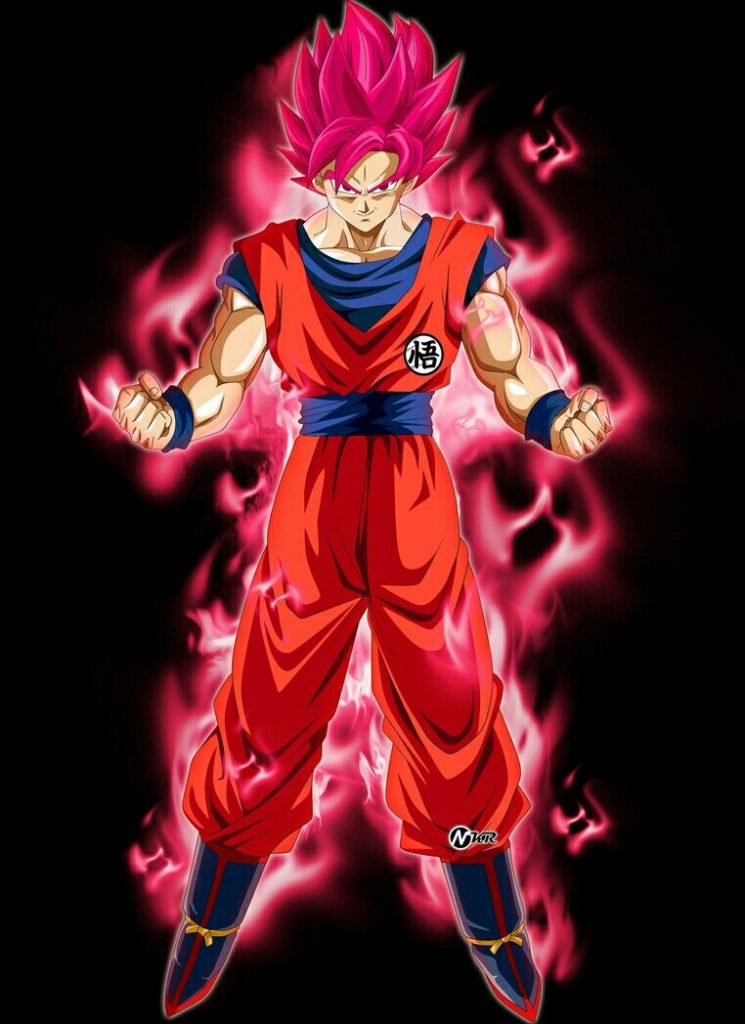 This is one form that was super hyped about running all over the place when that movie, Battle of the gods was about to be out. The form that was well praised and attracted the attention of fans all over the world. But that form died rather quickly only appearing in that new Broly movie since Vegeta hadn’t flexed and beaten someone to a pulp in that form yet. The form could’ve stayed around a bit longer but apparently, they get strength, achieve those power spikes so frequently that now it all seems natural and just another day for all the Dragon Ball fans out there. This brings all kinds of forms of course. But it makes some of them disappear without having their time to shine like the rest. 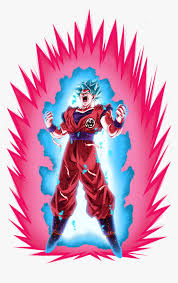 That harsh training, that jogging with the track being the snake way itself is sure to come in handy when you have a great sensei at the finish line holding the ribbon for you. Yes, the training at King Kai’s planet might be a bit weird and something out of the ordinary since no anime character has been shown to chase a monkey. Or a play around a hornet just to get to the next part of the training regime that King Kai has prepared for you. But we were proved wrong and were able to witness yet another power spike, one that made Goku flash himself and throw out these flurries that made us want to do that in real life. That’s only possible if you’re super mad or blushing so take your pick.

This is a form that Vegeta apparently skipped since he’s too good for that long hair that brooms the house clean. Babidi and Majin Buu looked trouble and people who could stir up great havoc if left alive. Apparently, for the time that Goku was on Earth being an angel at that time, he thought that he’d play around with Buu giving him a taste of his own medicine while he’s at it. The word chocolate or candy goes way better right here. But anyway, the whole sequence of him telling Majin Buu of the various forms, transforming into them one after another is one of the best scenes animated in the entirety of Dragon Ball. Those sparks to as if something had lit up inside of Goku, the entire cinematic made everyone excited to the very core.

Fusion is something that gives us interesting results, results that no one had even imagined every time two characters and do all that fusion breakdance. But here, it took it to another notch and brought forward a character that was way cooler than the one we saw when the kids did it. Someone’s said it right, let the big boys do the good stuff for they do it better. His fight with Janemba is one of the best fight scenes making Fusion Reborn of the best anime movies to date. It’s very underrated which makes it a loss since the people be missing out on a lot. Still, the special moves that had that galaxy feel to it along with him using his knees and legs in the fight brought a brand new fighting style that no character had exhibited before. Plus, the new additions with the Broly movie only made the character bigger and better than he ever was. 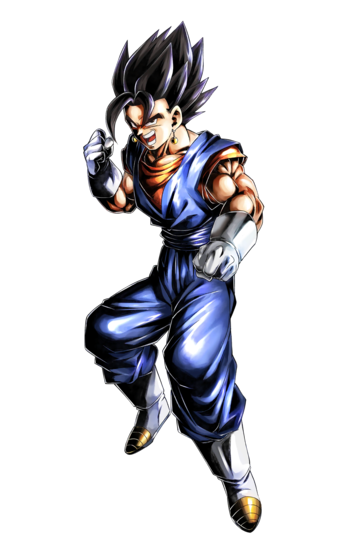 Fusion comes with a trait, an aspect that’s added to the character of both the people who do the dance. I think the dance does something to your head making you go high all of a sudden. Still, the end result is a person who’s literally living in the clouds. A person who thinks only about himself and him being the center of attention of even the frog that’s minding his own business under the rocks. Still, Vegito surely made Super Buu sweat and think that his time has come when he made him see fear itself in the form of all those energy volleys and special moves that brought the best of both worlds without us getting our necks fractured while attempting to be up to date with the change of scenery and camera focus. 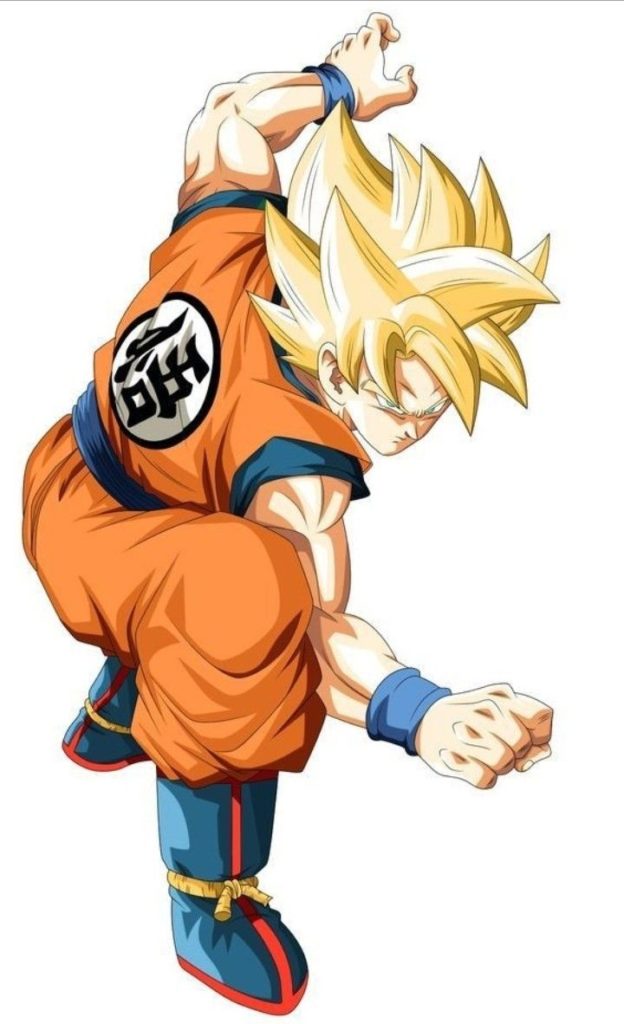 Is there anyone else who deserves the prime spot? Of course not. No one can match the hype and excitement that only the last 10 seconds of the episode delivered at that time. I still remember how I was so excited that the time, until the preview came up, happened to be the longest minute in my entire life. I was so so waiting for that bout to occur and see Goku best him in the fight and I wasn’t disappointed even the slightest since it’s the best scene to ever exist. Moreover, it introduced us to the power spike that’s the base of all to come, the pillar that serves to make the ones above it stand tall and high.