We all can agree on the fact that Goku is someone who has a much higher calibre than anyone else and abides by the law of only getting strong throughout the anime. It may see as no surprise that there are a few hidden abilities that Goku’s body possess and are released at the times when it seems so generous and uplifting. We cannot undermine the times when Goku shows us his power and all the much more when at super rare times he goes on to take out the ace that’s hidden up his sleeve.

It obviously only seems natural as this is something which is to be expected of the main character. It that one side of him that makes him totally different and divergent from the rest and gives his aura a meaning and growth of its own. Though we know that Goku is not the smartest character in the Dragon Ball franchise and solely relies on his strength as a mighty Saiyan warrior, there are instances where his body went on to surprise us in a manner that when later realized through the Dragon Ball arc, it totally made sense that those things were the ones which portrayed Son Goku as the main protagonist and let us know more about his power than anything else. 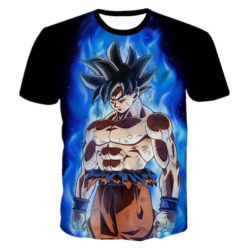 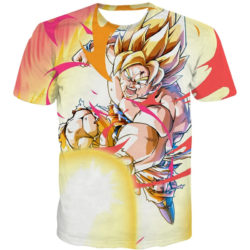 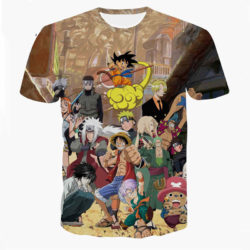 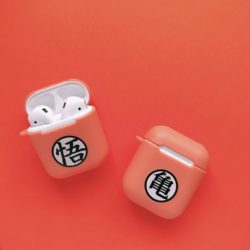 It may come as a comedic surprise to some but this legendary warrior is actually an average human when it comes to injections and medicines. Yes, the great son Kakarott is highly scared of needles and this is the only object in the Dragon Ball universe that Goku feels weak and susceptible to. His fear of needles just shows that he can still act like a child. It’s funny because in that part and second, Goku freaks out about the needle which just happens to pop out in front of him, only to have Gohan embarrassed over his father. This is something that shows us the key difference between the father and the son and tells us just how different and mature the both of them really are. Where Gohan won’t take up the violent side like his father, Goku too won’t take up his maturity when it comes to taking a shot from the needles.

Though it is never really explained about why he is so scared of them, this is a counterpart that helps to bring the anime a little close to reality as this shows us how even the greatest warrior in the history of Dragon Ball universe can be scared of sometime so futile and baseless.

Though it may seem like a hair-do of some kind and a over the top hairstyle that Goku must be trying to implement day after day after a hot shower, sadly that is not the case. It may be a genetic condition where he inherited it from his father, Bardock and later passed it on to his second son Goten who was lucky enough to inherit it unlike Gohan. And when we really pay close attention to the two, we also see just how similar Goku and his son Goten really are. Though Gohan and Goten both are named as the descendants of Goku, we can pretty much see that it is only Goten that really comes close to Goku in terms of mental ability and his will to fight and be like his father. With the progression of the anime, we get to see that even his mother, Gine and his older brother, Raditz have the same hairstyle as well. When thoroughly looked at and given thought we can see that this hairstyle is something that acts like a family crest for Goku’s family and puts itself up like a marker when we want to identify which character belongs to whom and what is the path that he/she is walking on.

Speaking on the matter at hand, we can now also take a look on the aging system that Goku goes through and tell that his body is something that has sudden growth spurts and puberty. Much to our surprise (just that that of Bulma) we find out that Goku at the start of the series was only 12 years old. It was only during his time as a young adolescence, i.e., from 15 to 25 years of age, that he starts to age properly and look the part.

This part of Goku makes him even more of a main protagonist as this helps to extend his timeline in a manner that is different from the other, and helps his get new forms in the later phase of the anime. This helps to show us that though he was that young and innocent as a 12-year-old, he still never backed out of a fight and almost regularly aimed himself to be at a higher position by taking on opponents that were twice and thrice his size. His young age and delayed growth spurts helped the anime to focus more on Goku as the main character and gave him a platform to perform his utter best in term to core strength and power. There are many times that a character actually loses his/her face as the main protagonist as we see the scenes that don’t underline anything special in them, but in case of Goku this was something that totally made sense as he was portrayed as a youth who is much stronger and better than the opponents that are made to face him in a mortal combat or deadly match.

As we continue this talk about the age, and the next best thing that Goku is famous for, we can actually go on to underline the fact that he is someone who doesn’t age as much when compared to rest of the characters that stay beside him. Truthful in nature and sticking to facts, we know that this is an anime which has spun itself around for well over 30 years and yet, to our surprise we see that no one in the anime look as fresh and energetic as Goku does.

He is someone who doesn’t have a single grey hair on him and shows no signs or wrinkles on his face or body. Well, then again it seems obvious that he doesn’t age all this while because the Saiyans actually go on to show signs of aging after they hit the age of 80 and that is something which makes Goku even more superior and decorative when it comes down to looking the part of a main protagonist and having a wide scope when it comes to aging and hitting puberty. Again, as we take a stroll down the timeline, we see that the whole of Goku that we see in the anime actually has a timeline for only 40 years and thus, is someone whose aging has yet to be seen by us.

By the time that we finish the anime, it comes as no surprise to us that Goku is that one character who can do just about anything and that is something which makes him more powerful and vast when compared to the opponents that he faces and challenges head on in the anime. We cannot look out on any opportunities that the anime has provided us and it is because of this that we now see Goku in a whole new and diverged light. There are insane number of times when Goku is able to withstand extreme gravity (though this makes sense as he mostly wears weighted clothing and is able to withstand such pressure). This is something that goes deep in Goku’s heart as this is that one go-to training which becomes slightly more relevant and important for him after his fight with his older brother, Raditz.

What is anime without danger? This is that one fact of anime which gives it importance and makes it all the more worth watching and looking forward too. And the same theory applies to Dragon Ball as well, because the only time that Goku felt threatened and defeated from inside was during his journey to Namek where his ship malfunctioned and he was stuck in a 100x Earth Gravity but again, this too couldn’t stop him back from taking on a fight with Frieza against whom he held up like a real warrior, countering his every move and muscle activity with the insane amount of precision and technique. 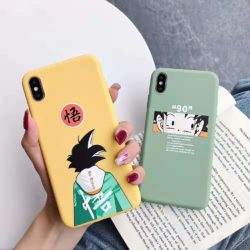 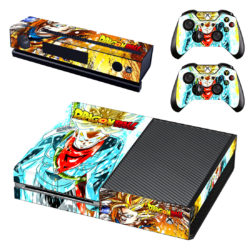 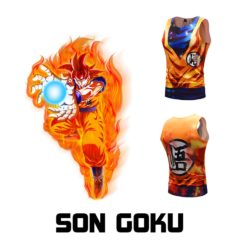 No one can ever hope to match up the level that Goku has been in weather it is in terms his power/strength or in terms of cuteness and humorous when it comes down to him being scared of needles. It just shows us that just how much of a main protagonist Goku really is and gives us an insight of the things that he has been made famous for. We get the inside look to his own body and understand the things that give him a mark of the Saiyan warrior for example, that hair of his. Though it may not seem like much, these are the small things that actually help to bring the anime closer to reality and they go on to show us the emotions that even the great Kakarott faces in his everyday life. With these similarities we can actually help to connect ourself to the protagonist even more and get an insight that seem like a total plus point for us.