Dragon Ball Super had everyone’s hopes up. Everyone had sky-high expectations when it came to the show the moment it was announced. It’s only obvious since Dragon Ball is a legacy that never fails to disappoint at all. Everyone was way excited when it came to the new characters since Akira’s always been a god when it came to unique personalities and traits that the characters exhibit. The villains were something to look out for sure since ever since the beginning, their attacks and personalities are always unique and well thought. In the first two arcs of the show, we were shown something that was more of a retelling of the two movies that had aired previously. That was kind of a letdown since people were excited and looking forward to seeing something that they’ve been expecting for a long time now. But expectations were fulfilled and our calls were answered when he brought the Universe 6 hitman, Hit to the screen. He was truly the character we were waiting for but still lacked that villainous attitude and malicious intent that Dragon Ball always brings to the table. Apparently they god wind of that and gave us the ultimate villain, truly the one we’ve been waiting for all this time, Goku black himself. He’s so complete as a character and I’ll let you know all there is that makes him worthy to hold that title. 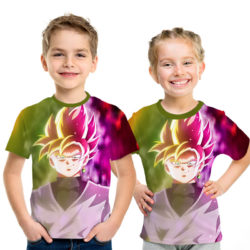 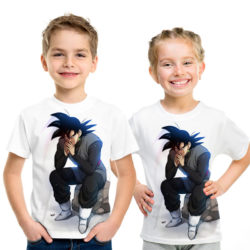 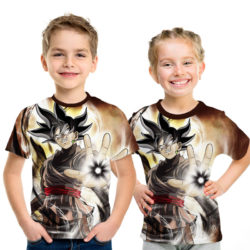 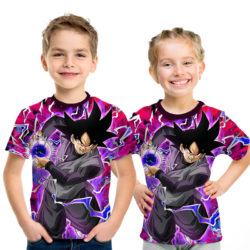 9. The appearance of a hero yet someone else at heart

See it from this perspective, when Trunks first saw Goku black in the future, what would’ve happened? I’m sure he’d be surprised seeing his uncle visit him out of nowhere since Goku never does that except when he’s visiting for Senzu beans. But still, it must be completely out of the blue and he’d be happy to see him. But he’s in for a surprise now, isn’t he? Imagine how hard reality would’ve struck when Goku black showed his true colors to him for the very first time. I still remember how when he travels back to the past, on seeing Goku he’s all aware and ready to fight him since he mistakes him for the one that’s responsible for his misery.

8. Looks that look the same yet aren’t at all

Let’s have a look at the character design when it comes to Goku black. He’s Goku all along with a change of clothes that Goku would never get apparently. He’s true and loyal to his gabi when it comes to that and it’s completely obvious at this point. Moreover, his character is made to look like one that’s Goku and not at the same time. His hair is like a mirror image with the number of spikes on the right replaced with those on the left. Plus, his eyes speak and understand only one emotion, only one feeling. Hatred. This makes him look way more intimidating and malicious than Goku ever could even in his Super Saiyan base form. 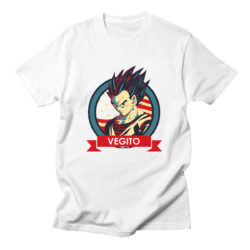 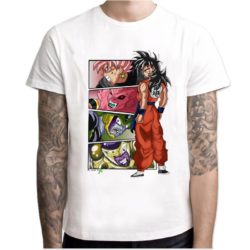 Goku and the Villains Summer Tee 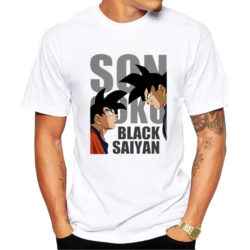 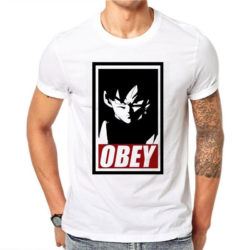 7. A lot of investment and IQ in bringing him in the world

Zamasu is a mastermind and truly the most intelligent character Dragon Ball has ever seen. Compare him to the other characters who want to eat sleep and fight all the time. You see the difference as clear as a bright sunny day right? Yes, it is apparent and undeniable that he’s 400 IQ when it comes to making plans and executing them. He, after winning his master, Gowasu over, killed him, took the time rings, and traveled in time to get the Super Dragon Balls. Later, he wished for immortality that got granted in an instant and then traveled back in time to get Goku, killing him taking his body along with him. Then, he gets him inside of his body since he’s impressed and fascinated by his power and deems it one of the most formidable strength there is out there. Don’t fall asleep now.

Goku Black has all the moves Goku can perform. He’s practically Cell but only having Goku’s data installed in the chip that’s his brain. But there’s more to his attacks. His Kamehameha is like an orb that fires along with a mix of yellow and black colors. It makes it look like the light and darkness traveling hand in hand just to separate once they hit the target on impact. I think it represents the two sides of the character with Goku being the light or good one and Zamasu being the opposite. Plus, his pink saber attacks are sharper and swifter than Trunks sword making him doubt his sword skills once he sees them. The whole pink color gave a new look to the character along with that attire that only the Kai’s are allowed to wear. 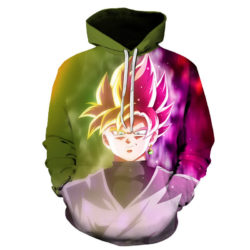 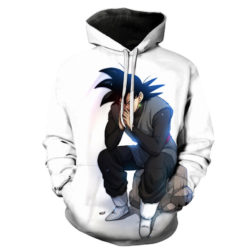 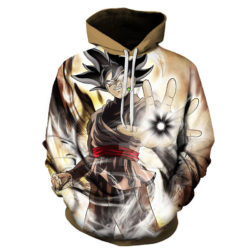 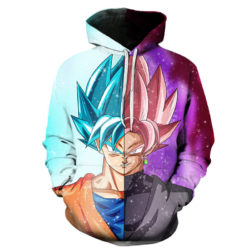 5. Synergy that surpasses even the perfect fusion

I think Zamasu and Goku black have practiced those combinations and follow-ups a million times now since that level of synergy and coordination is not achievable even by identical twins. Well, they are a single mind kind of duplicated into two bodies so it’s understandable. But still, the way they fight is something that’s like a dance, an orchestra with no movement wasted at all. Energy conservation while annihilating your opponent, blasting him to smithereens. I love the fact that Zamasu’s immortality is abused in a way never seen before with Goku Black having his pink saber go through him to Goku’s body, piercing both of them while it’s at it. But only one of the insides seems to mind.

4. Plans that manifest the epitome of remorselessness

Ever since he was introduced, Goku black has shown to have so much hatred, so much maliciousness towards humans that no other villain seems to come even close to him in that attribute. Plus, his misanthropy doesn’t seem to spare even the children and old women as is seen when he’s out there killing people that Mei’s trying to guide to the shelters and safe houses. His ‘ Plan to eradicate all humans’ is going on pretty well since humanity is on the brink of extinction the time Trunks first comes back to inform Goku and the others about the situation. Trunks only come to ask for assistance when things have gone out of hand and there’s literally nothing he can do now. This is what has happened ever since his first-time leap. But Trunks, we’re comrades, family, you can come whenever you feel like it. We’ll lend you shelter anytime.

3. A new look to the Super Saiyan

Super Saiyan is not a big deal now. We have literally everyone going up and having that power spike, getting blonde all of a sudden making those salon artists write a letter of resignation. Moreover, there’s a lot of different types when it comes to a super Saiyan with red, blue and the one and only legendary super Saiyan being the ones that stand out the most. But with Goku black, we were shown another one, a whole new different look that was really innovative and a delightful experience to say the least. The Super Saiyan Rose form makes Goku black all the more unique and original of a character since he’s the only one capable of that transformation. Plus, the scythe that he reshapes the pink saber into looks really cool and is one of the best things for sure when it comes to Dragon Ball Super.

That name sounds familiar, right? Yes, why wouldn’t it be since it’s one of the best anime series of all time? Naruto’s shadow clone Jutsu is all over the place and there’s not even a single person who doesn’t know what it is considering how popular the show is. But, Goku black is here with his own version of it. He’s got Goku’s instant transmission but there’s a twist to it. A twist that’s sure to make you remember him as a different character and never to confuse him with Goku ever again. His instant transmissions apparently leave out a clone that remains there for quite some time and can launch a flurry of attacks in addition to Ki blasts. This takes the instant transmission technique to a whole another level making us see how much more it is to it. He’s got the powered-up versions of the moves which has always been the case when it comes to dark characters. 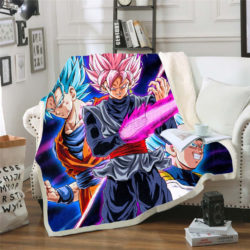 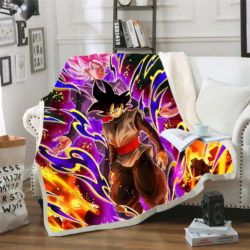 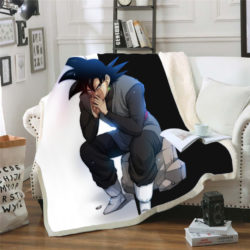 1. Not enough? We’ve still got an ace up our sleeve!

We’ve seen already how powerful these two are individually and they always fight together in perfect synergy making things a lot difficult for the ones in front of them. But that’s not all. If you force a three on one on them, they know how to deal with it is the perfect way giving you a taste of your own medicine overpowering and demolishing you completely. Don’t let them take one of the posters. You know the deal with potara fusions now don’t you? They’ll be attracted to each other merging together into one. As if they weren’t one already. The fused Zamasu is immortal and has the combined strength with a medley of attacks that belong to both but belong to none at the same time. He was so powerful that he even took over that timeline and Zeno sama had to come up to fix the timeline and destroy him. Wow!