We all know the story of our famous protagonist in the anime, that is Goku. But there are only few of us really pay attention to the backstory of the ones that make him go to a level that he now stands in. This is an article that tells the flashbacks and back-story about the one that make his journey seem meaningful and have some dignity in.

Here we take on a toll and get an inside look of the story of Son Gohan. This is a story that brings tears to our eyes as we perceive that he is someone who was given a lot of thought and made in a manner where his character itself tells us about how even the name that he was given was unique and divergent. He is someone whose flow of charisma is shown brilliantly through the anime as he helps to lift up those that have fallen and give them a talk of wisdom that is different and sentimental from others. It gives our protagonists the boost that they really need and helps them to over-come a difficulty that is far too great and difficult to go past. 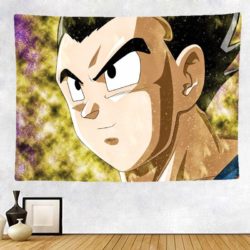 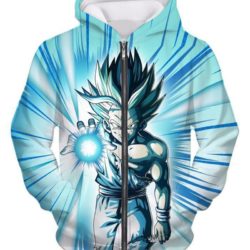 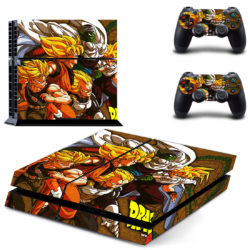 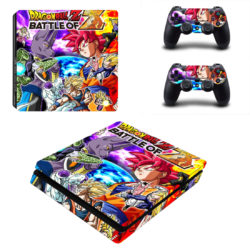 Talking about the similarity of Gohan to his mother it comes as no surprise that Gohan is someone who gave up fighting and grew up to be a person who indulges more in systematic studies of practical life and honorary scholarship about the things that the universe holds inside of it. This side of Gohan just goes on to shed light of common sense and intelligence in him and gives in a refined look of what a warrior should actually be. It is not only through brute strength that everything can be achieved and this is something that the anime tells us in a wholesome manner. It gives focus to the youth that Gohan and lived and shows us how his mother Chi-Chi influenced him to follow the path of education instead of fighting. Education is something that just makes a person so much brighter and it is the statement given below that shows his real will to not fight and be the same Saiyan that his father is.

“Look. I’m giving you chance to end this without violence. I really don’t want to kill you. Even if you are, you can still walk away. I’m not interested in fighting you just for the challenge, my Dad’s the one who cares about that stuff.”

While his talk of youth goes on, we can’t help but bring out the fact that Gohan is someone who was born with a tail. Throughout the anime we do hear it often that Gohan is someone with a lot of potential and a Saiyan warrior who due to his hybrid birth, alone carries the power to wield a tail when he was born. This detail of Gohan gives him a more to the anime feel as this part of him shows us that just like his father, he too is someone who is special and unique as he was given a heart-to-heart power that makes him unstoppable and strong in his own way. It is obviously a given fact that all Saiyans are born with tail till some point. However, in case of Gohan he was the only child in the Saiyan family to be born with it. There are few things that give our lives meaning and one of that is the mark that we are born with. It is the fleck that gives trace our existence and makes us different from those that surround us. And for Gohan it is this tail of his that gives him a feel and superiority that is different and divergent from the others.

Deliberately throughout the anime we see that Gohan’s potential is something that is repeatedly mentioned in the anime. This potential of his helps him to get trained with Piccolo in martial arts and give him a stand where he can finally confront Vegeta and Nappa. It may only be through words that we can express the potential that actually lies inside of Gohan but that too at times isn’t enough as he is a calibrate person who can make anything happen with just a push towards the right path. It helps to show us that Gohan through his half-breed Saiyan potential and emotional reserves fights only to protect those that he loves. This side of his helps us to show that Gohan is not only intelligent but also is strong as one of the Z Fighters in the Dragon Ball series. With a power and potential so great, this is that one side of Gohan that goes on to unleash the real Saiyan inside of him.

It may come as a surprise to all but Gohan wasn’t originally named after the person that raised him. It just seems natural that the boy would have his name after his grandfather, but the truth lies on a totally different path from this. With some research and depth, we find out that Gohan is actually not named after his grandfather, ‘Grandpa Gohan’ but is actually named after the famous scientist- Einstein. It pays tribute to the great scientist that once lived and give his name an essence of its own. It was a name that Chi-Chi had picked for her son, but much disliked and hated towards the name, Goku then later changed his name to that of ‘Gohan’ as this is a name that was so close to his heart and held a sentimental side to his life because of the great influence and impact.

It may come as no surprise by now that Gohan doesn’t like fighting all the much and that too is really clear about him as he is someone who decided to live his life in prosperity and in a subtle manner rather that going around fighting and causing chaos. It helps us to determine the fact that though he may be the blood of Goku, Gohan is actually a different person of his own and has a way to convey the things through words and sentences rather than sticking up and causing mayhem. Education really takes a toll on his life and shows us just how similar Gohan is to Bardock. Just like Bardock depended on intelligence and scholarship, Gohan too takes on that path and really just helps to portray him as the second birth of Bardock, where though they both are Saiyans like the rest, they absolutely detest fighting until a situation calls for it.

Though there are differences between the father and the son in context to fighting and getting stronger, the one thing that stays the same between the two is their way of horror eating and surprising everyone that stands around them. We all know for a fact the Goku is a massive foodie and will go on to eat just about anything when he is hungry, and in this scene Gohan is no exception as he too like his father is a massive foodie who goes on to eat anything when it comes to hunger and empty stomach. Not to laugh about it but we definitely cannot comprehend the fact that Gohan only cut one piece of tail to make a steak whereas, his father ate all of the flying dinosaur due to his horror eating ability. This side of Gohan shows the truthful side in the statement “Blood is thicker than water” and represents that even though they both have their differences when it comes to getting stronger and fighting, they are still two warriors who are connected by blood and have a bond so strong as a family that each would fight for the others’ safety in a fight. 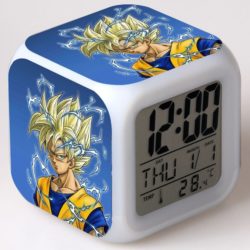 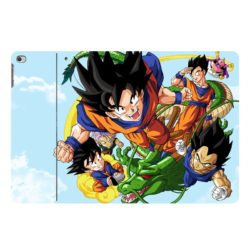 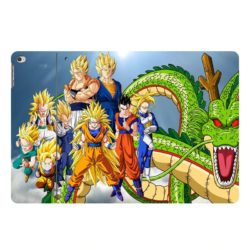 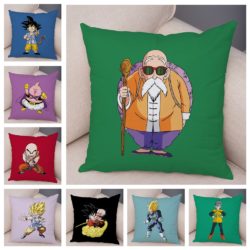 ” Being only half-Saiyan, Gohan is unusual in his values and personality compared to most full-Saiyans. These unique values and personality separate him from pure Saiyans; as powerful as he is, he does not like fighting much. However, when he is forced to fight, he shows special interest in protecting his family and friends.” This is a statement that is really true to its words and hold a deep interest in the things that take a turn throughout the anime. It sheds light on Gohan’s past and gives us a better understanding of what it means to be a Saiyan warrior who is different from the rest and live in a way that aims more towards intelligence and scholarship rather than fighting and causing a scene of mayhem.

Being different and unique is a choice that we all must make at some point in life but abiding by it and living in a manner that calls for sticking close to these beliefs even in tough situation is what makes us unique and different. It is this feeling of not giving up in tough times that makes us stronger and more human, a feeling that helped Gohan embrace his half-Saiyan side and live in a manner that is upright and striking.