There is just no doubt that Dagon Ball Z is probably one of the most looked and sought out anime in any given generation. It had a time of prosperity and upliftment that made the word ‘DBZ’ the most searched on the internet and its forum were just exploding with questions as every new episode that aired left us with a new curiosity and the feel to know more about this vast universe that we had dived into while watching it.

Some may say that this show itself changed the generation and the meaning of anime and gave it a system of honouring that it now deserves and is most worthy of. Of course, there may be many others that take the anime world by storm but this is that one anime which can never fail to leave its mark on the person that has watched it at some point in his/her life. Giving us a new universe and a feel of home and emotions altogether, Akira Toriyama has successfully managed to make an anime that will bring justice to the characters present in it and will also go on to show the world what it means to send out emotions through pieces of art, literature and drama.

There are many times that we look only at the protagonist as the strongest but fail to mention those that also should take up that spot for their core strength and will alone. Though they may never match up to the one around whom the story revolves around, we still cannot lay down the fact that, these were the people and creatures who went on to surpass our own level of amusement and thinking when we saw them in the act. 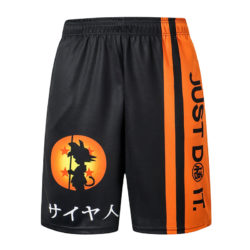 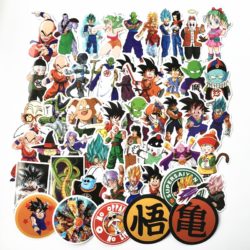 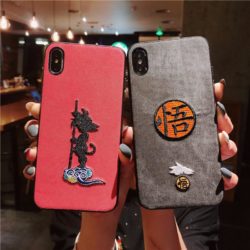 Though many may not agree with the fact that has been laid down for us, Gohan is still one of the most prominent character in the Dragon Ball series as he is not only a Saiyan warrior with brawns but also has a high level of intellect and brains. It makes him an ideal person that we must look up to as he gives the whole Dragon Ball cast a new and enriched feel. It shows us just how far Akira Toriyama is willing to go to take the anime to the next level and define it in a way where our sub-character in relation to the protagonist is so much more different and unique.

Gohan definitely produces a place of his own among the Saiyans and gives us a space where we can look up to him as the next Bardock, a warrior who did not only use his strength to get all the desired things but rather took a different approach and made himself known through his scholarism and knowledge. Gohan as we know is a character who has a lot of room for growth and it was because of his different and diverged childhood that he never fully utilized his potential and got a place where his mystic as well as Saiyan powers were awakened later on in the anime. It just shows us his true potential as a Saiyan warrior and gives us an input about how he still is a kid who has a lot of room for growth and development.

I think that there is just no doubt that this name had to be just mentioned in here like the rest because without this name we would have lost all the essence of what it means to be strong and a top-class character at that. Buu, a classic character whose presence is noticed throughout the Dragon Ball universe, is a cute and humorous character, who even though is chubby and pleasing is someone on a different level and power when it comes to comparison in strength and mystic powers.

We all have heard of his different sides and among them the most notable is the ‘Evil Buu’ who has a slim, grey and evil finish to him. It is said that his power is totally on a different level and he alone possesses a threat to humanity which is so high-end that even the Saiyan warriors combined together had a difficult time fighting him off. With the so many forms of Buu that we have seen, the most powerful of them all is the ‘Kid Buu’ who was only able to be defeated by the Spirit Bomb and was also able to withstand Super Saiyan 3’s power to an ultimate and high extent. It is without a doubt that he gets to be on top of the charts when it comes down the strongest characters in Dragon Ball Z as he is someone who has time and time again gone on to prove his powers, strength and worthiness.

We cannot not talk about Dragon Ball Z and not mention his name on this list. He has been Goku’s rival for all eternity and is someone who just gives inspiration and the final push that Goku needs at times to defeat an enemy. Vegeta, the Saiyan Prince who when the anime started out was above Goku has a fan-base who still consider him the strongest Saiyan warrior and that is all done in a manner where nothing about him can be proven as lies or false.

Vegeta at instances has been the player who became stronger than Goku for a brief moment and if you do check the articles on the web then there are those which prove the theory without any hesitation or shilly-shally. It is at the start of the anime that first see Vegeta’s strength and get an insight of the power that he wields within him. It goes on to show us just how impressive the Saiyan Prince is when it comes to core strength and also highlights the fact that he at instances, like the moment when Bulma got slapped by Beerus or when Vegeta and Trunks entered the Hyperbolic Time Chamber, does become far stronger than Goku and goes on to live a moment in time that promotes him from prince to the king of Saiyans.

As we all know already Vegeta’s main core strength was brought up badly and therefore, he is a person who still has a lot of room for improvement and he too has been constantly helping Goku defeat a lot of bad guys by improving his skills and power.

The all-mighty and high Jiren of course does not need no introduction as we know of the tragic backstory he has had in his past and the reason why he probably became the strongest antagonist that our heroes may have had to face. What makes Jiren even stronger in terms of power and strength is the fact that he is someone who does not just go about causing mayhem and destruction. He has a law that he abides by and a sense of justice where only those that have done wrong will be punished and seeded upon. The biggest reason that one may give about Jiren’s strength is that, he is someone who knows the meaning of sacrifice and also the feeling of what it feels like to lose the one that you love. His whole village including his mother and father were slaughters when there was an attack by a mysterious evil doer.

Jiren does not necessarily believe in teamwork when fighting and relies on himself to being down the rain of judgement when fighting those that have done wrong and must pay for it. His main strength as one may say is the eyes and will to see honour and get a fair fight which is worth fighting and avenging upon.

Coming on to the last of the strongest fighters and warriors in Dragon Ball universe we have, Zeno and the Gods of Destruction without whom it would have been difficult to give shape to the fighters that currently stand in the ring and also shape their power in the way that Akira Toriyama may have wanted.

Zeno though he is may look cute and cuddly is someone who people cannot mess with as he even goes on to far surpass the Gods of Destruction and our main protagonist. He is the supreme ruler of the multiverse and has a power where he can just at a blink of an eye destroy everything that he wants to, which ultimately makes him the strongest.

The Gods of Destruction on the other hand are the mightiest warriors that have ever been alive and have a brute strength and Ki that goes on to defeat even the mightiest warriors that the universe presents before them. It is not only the high-level of intelligence that they deal with but also the core gut strength that that possess which helps them to become as strong as they are to destroy planets and people all-together. 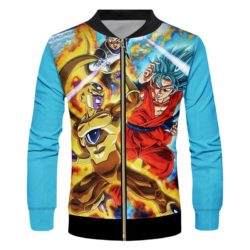 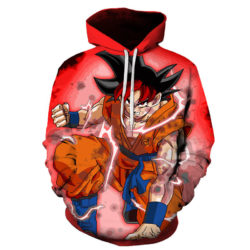 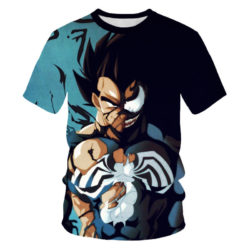 There are many that we cannot involve in the list but if looked again these would be the people/creatures who without a doubt would top the list when it comes down to the strongest warriors present in the Dragon Ball series other than our protagonist. It cannot always be the good that is strong and therefore, we also included the list of antagonists that do deserve to make their way up here and get a recognition which only the few give them considered their evil and dark side.