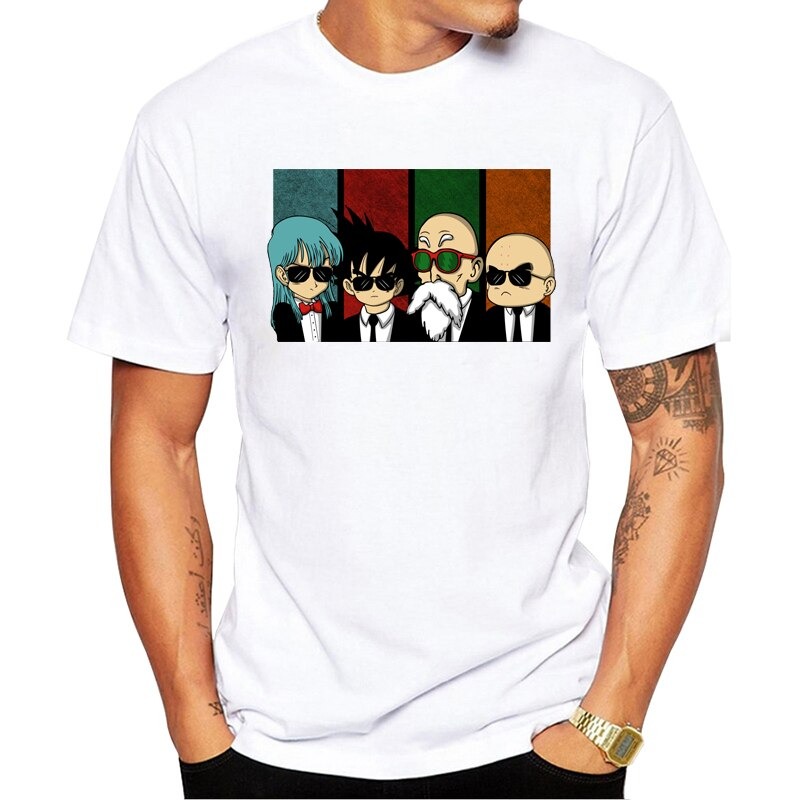 How do you impress the date on a first meet and also show at the same time that you are sweet and love anime? The simple answer to that is to wear a clothing that is both cute and adorable while showcasing anime. This is a tee that represent and projects just that on a person. Overall, the t-shirt here is given an adoring and cute look to it due to the happy and cheerful characters present on it, characters made in a chibi and kid format to make them look more adorable and sweeter. The tee makes a great fit for a date be it of any kind. A one in café, or park, a date on the beach or even one of the hill stations. This is a hoodie that speaks to your other part of the cuter side of you and the variations of color in it make the hoodie perfect for a date of any form or kind. 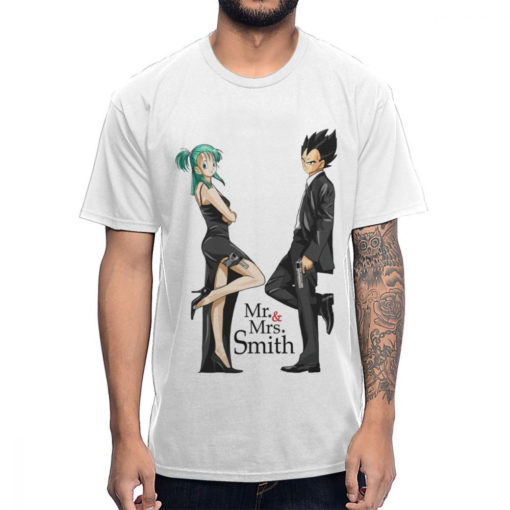 Presenting to you a classic and a different tee from the rest, this Bulma and Vegeta Merch is the one which is sure to bring around a group near you. As you can see this is a merch that makes both the characters in it stand out from the rest as here, they are given a traditional yet minimalistic look. It shows the scene of the wedding and these both look more like wedding crashers than the people who normally show up at a wedding to enjoy it. Vegeta holding a gun is more of a different and futuristic approach to it as shows the seriousness in the character and the title inclusion of ‘Mr. and Mrs. Smith’ just makes this tee complete as this is but a tagline of the most infamous action comedy film of the same name. 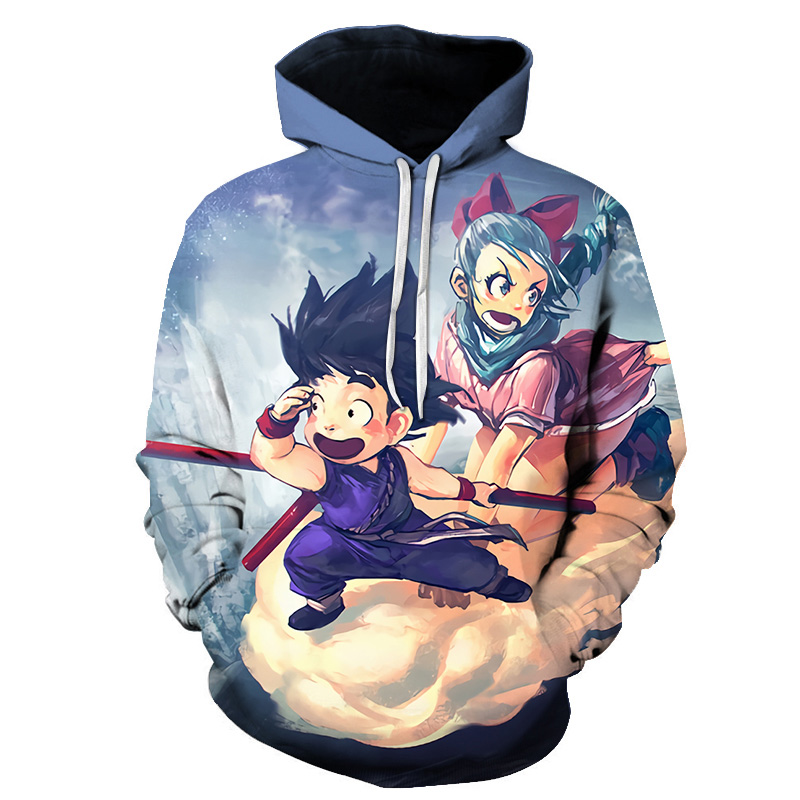 Bulma Clothes are what in fashion as the character itself is too kawaii and cute to begin with. This is a hoodie that showcases the cute side of this character making it more eye-catching and soundful to look at. This hoodie comes in a primary color of Blue, Yellow and Red making it come to a authentic and genuine side than the rest but also perfect as it can complete your look with your favourite ‘Under Armour’ sneakers. This hoodie is one that has many uses of colors in it thus, making it easier for it to be more pocketful and quality material making it perfect to be worn in a night out camping trip or when you decide to explore a mountain soaking in all the nature and beauty from the mountain tops and rivers. 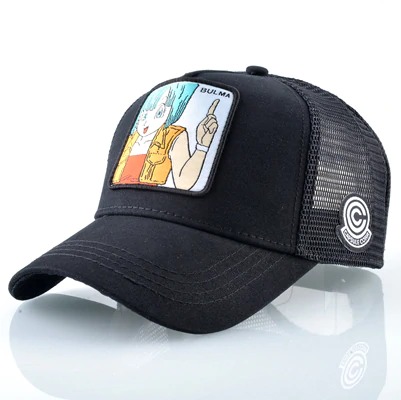 Exclusiveness of a Bulma Merch is something that can be shown only at times when it goes with the complete set and this is a baseball cap that will do that for you. Here you can see Bulma in a traditional hand drawn animation making it a rather nostalgic and retro style cap. As the cap goes on you can also notice that there is a ‘Capsule Corp’ symbol on the side of it making the cap more representing and giving it a hidden meaning to it. As you may know ‘Capsule Corp’ is a company founded in Age 712, and is run by Dr. Brief, Bulma’s father. This is also a sign to show the underground basement where Future Bulma built the ‘Time Machine’ in her timeline later on. 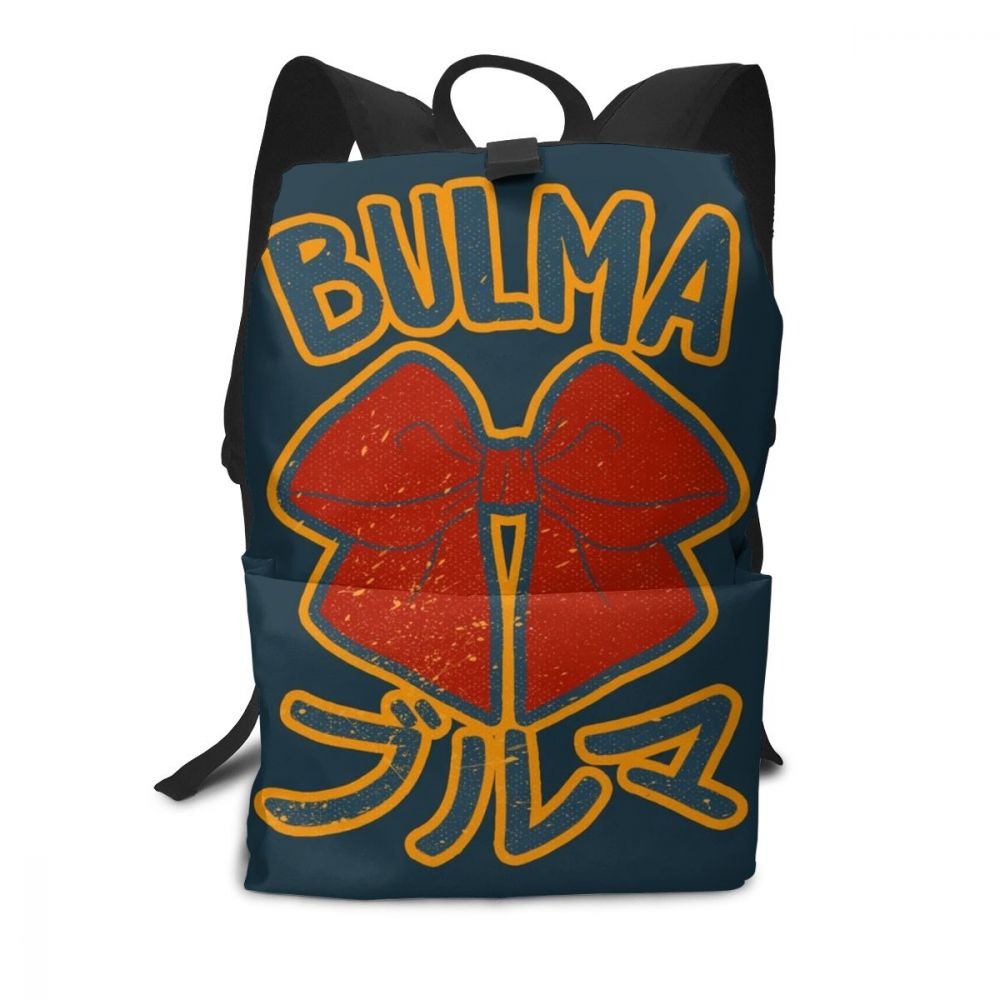 The love for one of the leading characters in the anime is something that is never lost and when his side-kick is a totally powerful yet charming girl as Bulma than that character can hardly be unrecognized. This is a backpack that comes with the name of Bulma engraved in it. Here the name is both written in English and Japanese making it more of a comfort and a luxury style of a bag rather than ragged and unrefined bag. As to the symbol of her representation, her hair bow is used in here to give it a more significant reference. This is the bow that just showcases the character of Bulma as it is always on her and this design was gives the story for a more “Science Fiction Adventure” type of feel. 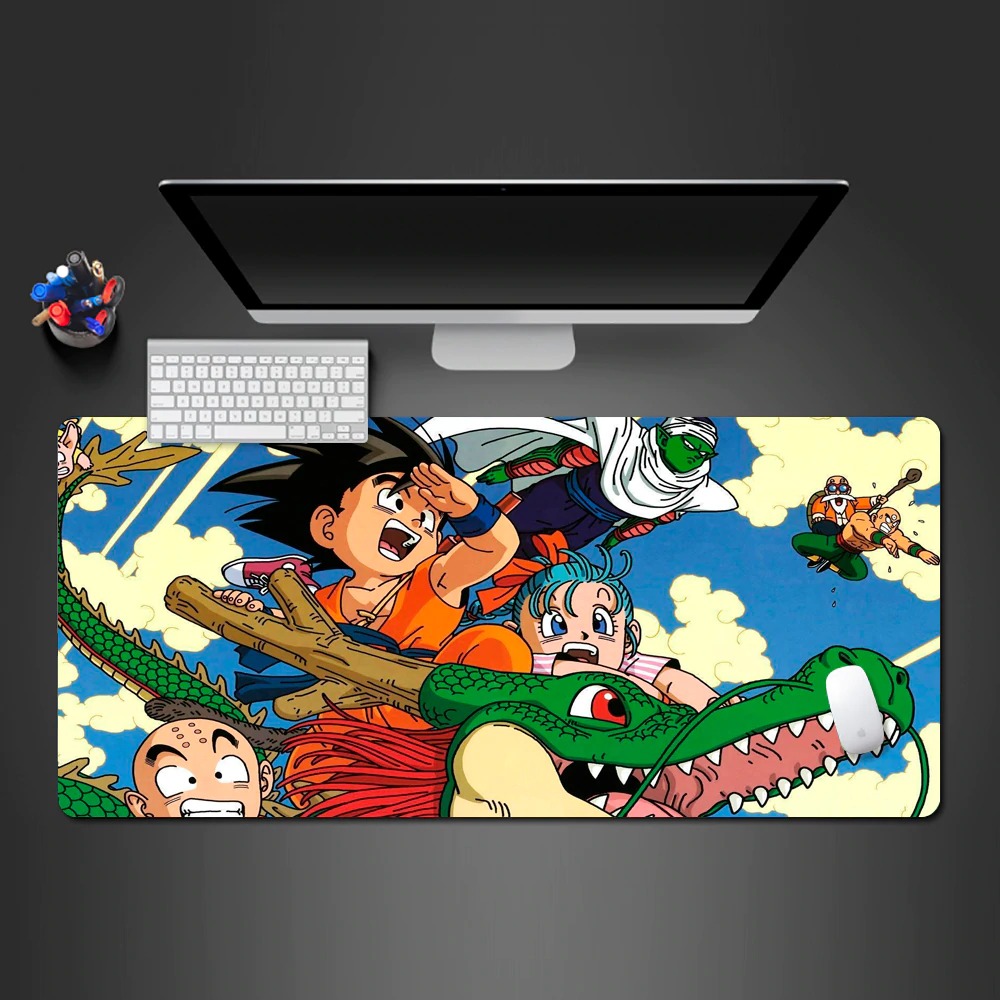 Here Goku, Krillin and Bulma are done in a unique art style that makes them look like they have been summoned form the game itself. The mouse pad here due to its textures and intensities of various colors shows to us the angelic and sophisticated nature of these three characters. The inclusion of Shenron just makes the mouse pad look more detailed and amazing as it involves the Dragon God to be having fun and playing with the youths rather than showing his always serious and angry side to them. As the mouse pad is also large in size it makes for a great print as it can be laid out on the counter-top giving it a more painting and modern type finish to it. 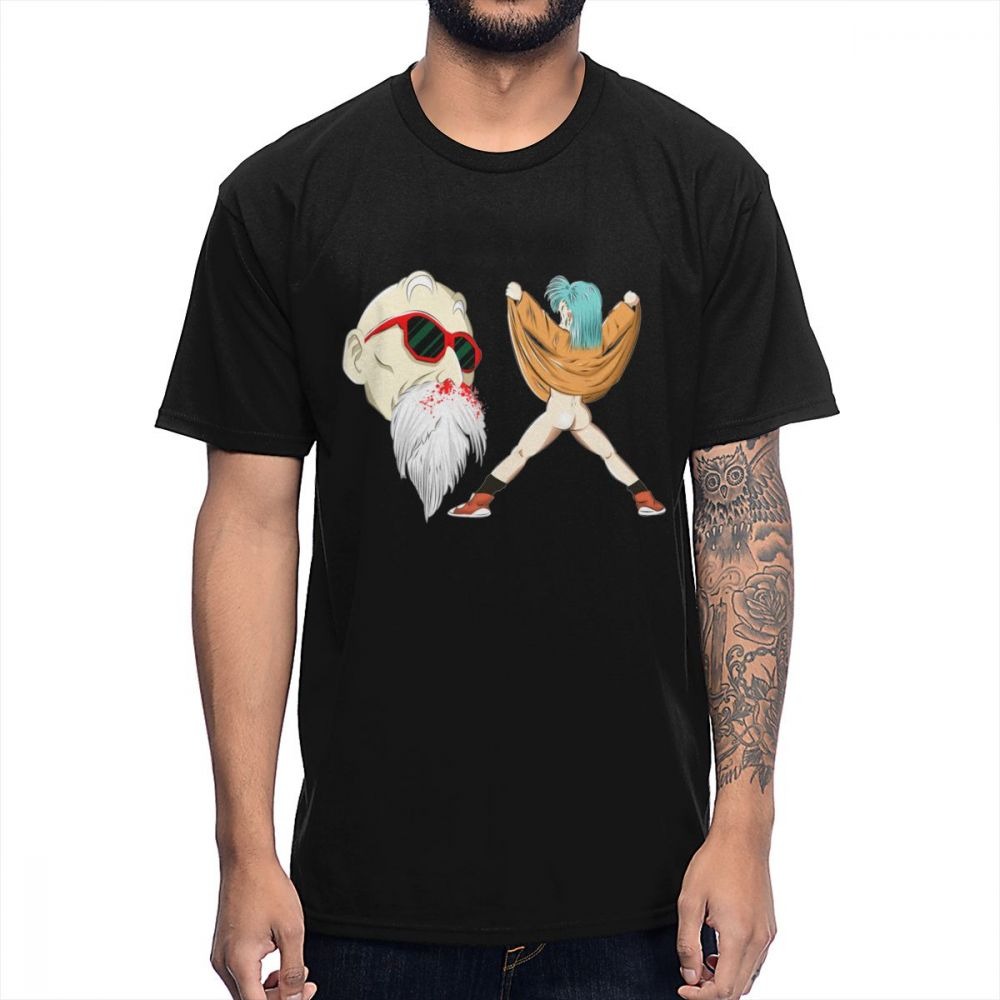 As you may know Bulma is often recognized as adult joke character in the anime, and due to her popularity in the franchise it is but a fact that there had to be a perverted yet funny tee made from her growing popularity. This tee here gives a representation of Bulma showing off her organic and nude skin to Master Roshi. Master Roshi as a character was particularly chosen from this tee as he is a old perverted man who just adores Bulma and is a character who can lay out the comedy aspect in it with a nosebleed. This Bulma T-Shirt brings to you the melody and hilarious side of Dragon Ball Z, and as to how a complete action anime can at times too be a anime which is humorous and erotic. 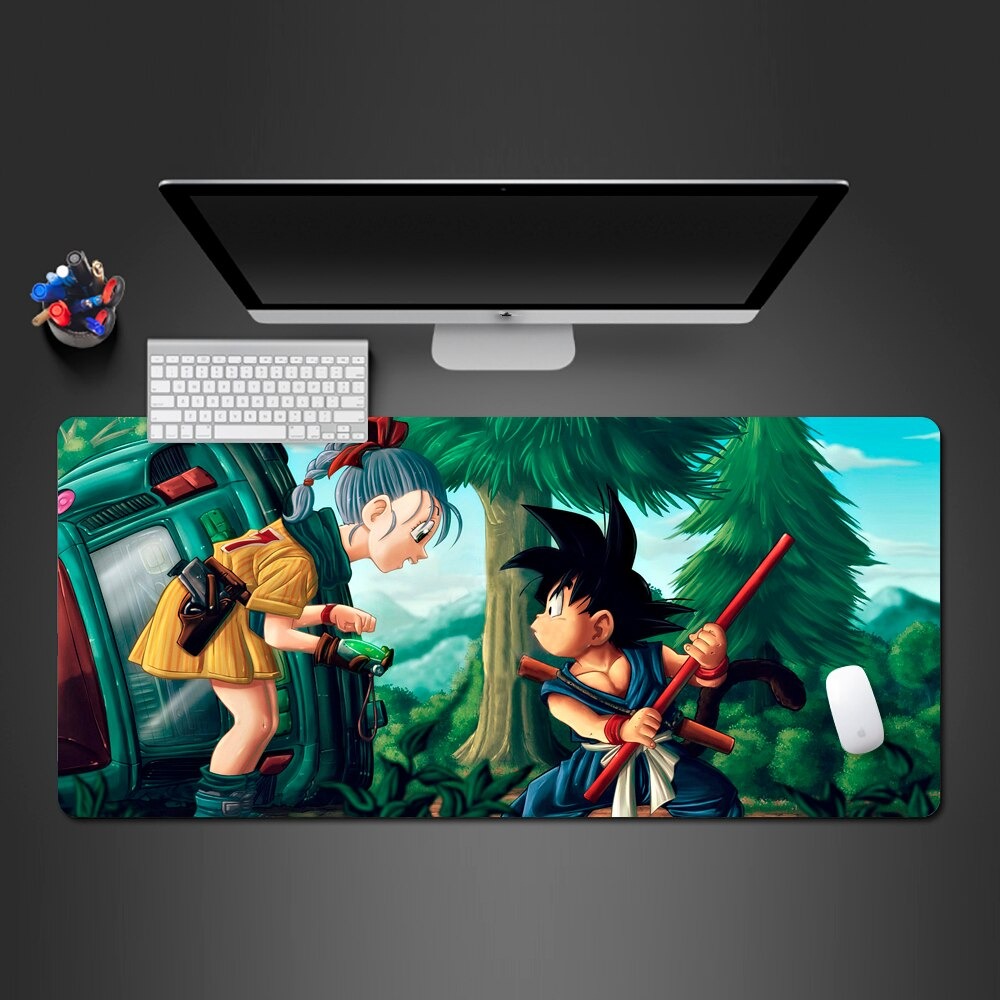 The friendship of Goku and Bulma is unrefined and the mere fact of them being together makes each part in anime a worthwhile and waited for moment. This mouse pad represents the two friends evading a scene of a car accident and makes for a perfect fit to be at the counter-top as the glazed print in it makes it look more like a painting rather than a mouse pad. Here the duo is seen in a state of shock and as they are made to be in the prime of their youths this scene also collides with the transition of the crash scene when Bulma crashed into Goku at their childhood and at the road when they were adults while Goku was carrying around a fish in his arms. 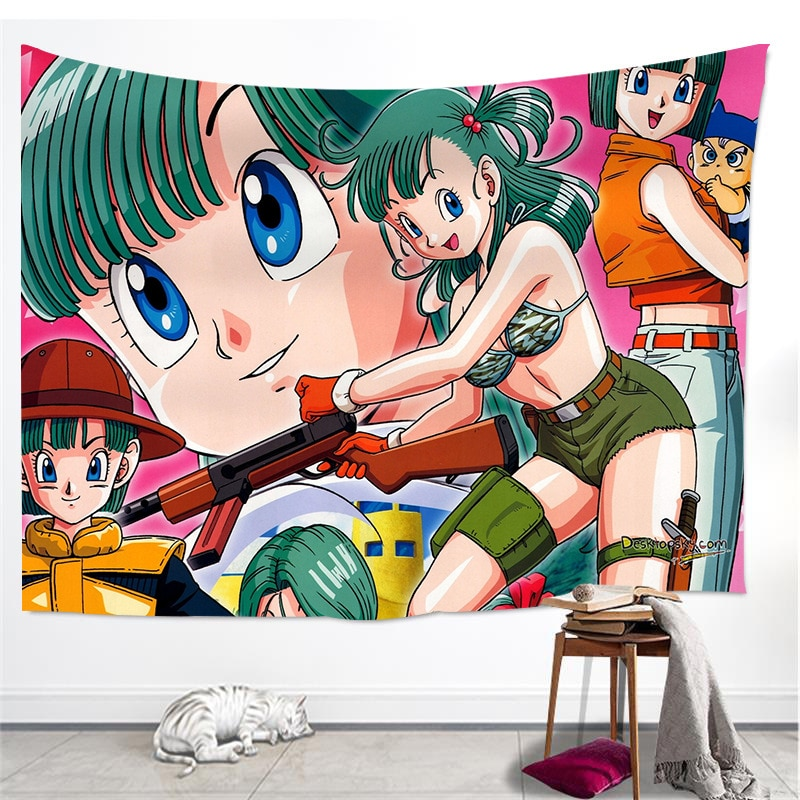 Having a tapestry of a favorite character is something that is always desired by many as they are pleasant to look at and more cherished than others as they give the wall a more designer feel. This Bulma tapestry is one where it highlights Bulma as a main character of her own and also goes on to show the importance of her in the Dragon Ball Z franchise. Giving her a army look is a way to showcase her inner animal and also the safari spirit that is present inside of her. This look makes her look like a person who is responsible and determined to the very core of their spirit. 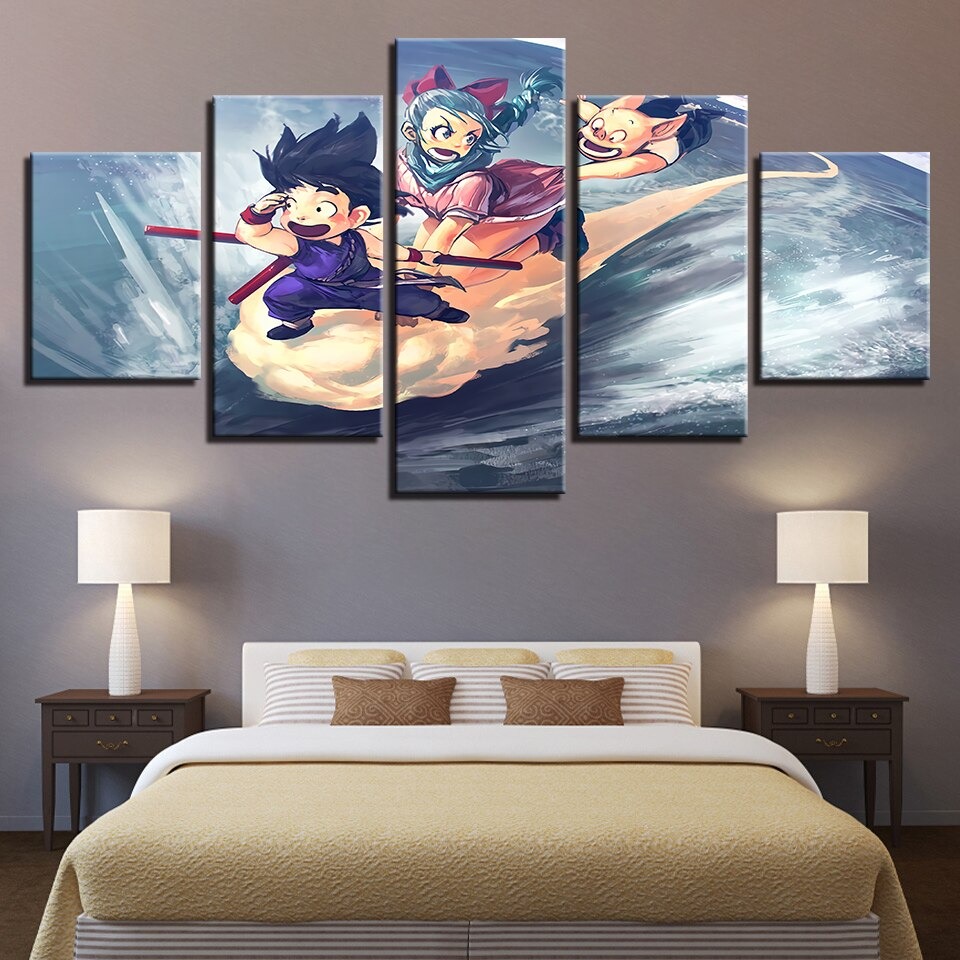 Shifting the focus more to the home-décor this is a Bulma Merch that will lift up the area it is put in. Here the characters are given a derailed and a more chibi character look to them making them perfect for the ride that they are in for. The painting comes in a set of five making it more modern and authentic to look at. As the colors in the painting are also really simple yet classy, they make the painting look more popping and sassier to look at. Kid Bulma is someone who everyone adores and when she is in the same picture with the mischievous Son Goku then all that is left is to apply it as it is and let the art do all the talking.