In this amazing tutorial, we will discuss about the Bestselling Dragon Ball Neck Gaiters 2020.

With all the air pollution that’s been going on, it’s hard to breathe out in the open. Whether you’re just going out for a walk or are an athlete with a training regime that rivals that of the gods or are a travel enthusiast who thinks the mountains as their second home ready to climb the highest peaks in the world, you’d really appreciate if things were a tad bit easier now wouldn’t you? Yes, everyone wants a sprinkle of easiness in their lives as life is really hard as it is. Plus, in the winters when the chilling winds strike like cold steel and you just want to sit in an oven and start spinning round and round. I feel you, we’ve all been there and would have loved something that would make us feel better and would make the agony go away. Well, I have good news for you. Goku and the others have teamed up to bring you the best of the neck gaiters out there. Again there to save the people in danger. These guys are true heroes now aren’t they? Dusty winds full of noxious gases as well, cold weather making you want some warmth around your neck, or just being a celebrity is making life hard as hell, they’ve got you covered and would be a perfect companion to help you make out of those situations unscathed and unharmed. 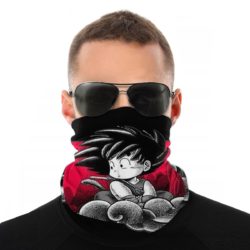 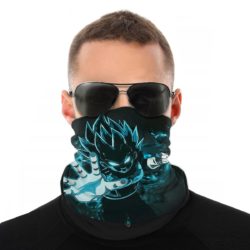 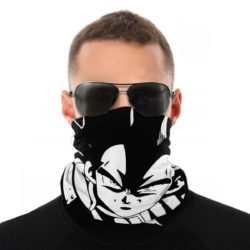 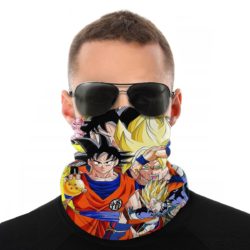 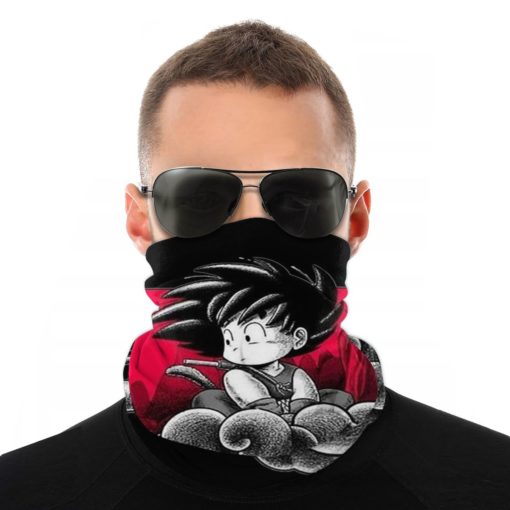 Let’s get all nostalgic with this one. Going all the way back to the Dragon Ball days, we have lil old Goku ready to save us from all the trouble this world has in store for us. He’s not alone as nimbus is there backing him up making things easier for both of them. It’s sure to hit you with nostalgia and make you remember those old days when things were easier and all you had to do was watch Dragon Ball all day. Being the first good guy you came across, he’s truly someone holding a special place in your heart. 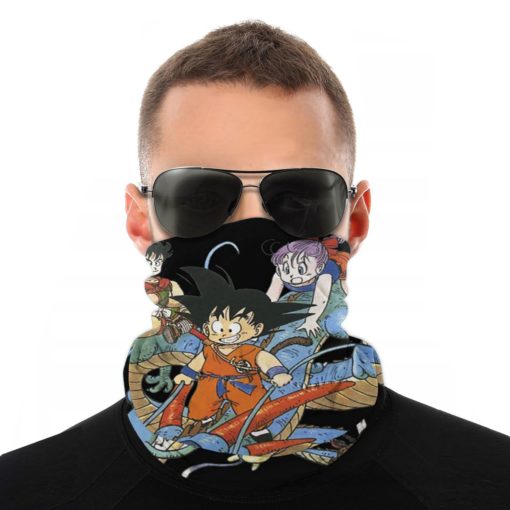 We’ve got the squad in this one as it features the main faces that makeup Dragon Ball. Don’t know why Yamcha is there though. I love the fact that he’s shown in a way that’s nonexistent since he’d die in the next episode anyway. Giving spoiler in a rather prudent way. I love it. But we have Shenron here as well making Goku and Bulma come across what they’ve been wanting to summon since day one, what they’ve been collecting those balls for. It’s like he’s a kid who wants his toys to be collected before coming out to play. Shenron you baby. 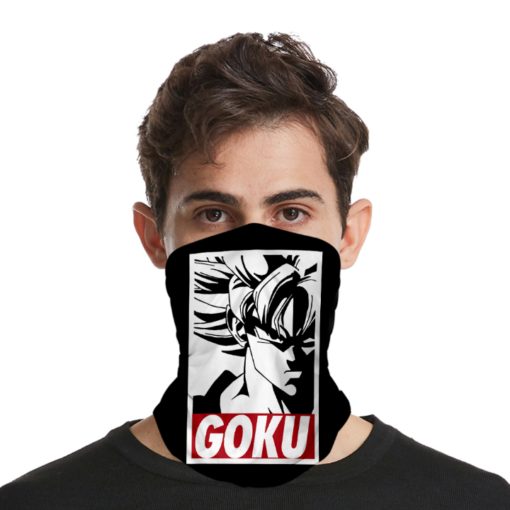 Going super Gucci with this one making the flashiest of brands out there feel insecure about themselves. This one brings in Goku, the strongest fighter in the universe without a doubt and mixes things up by adding a similar logo that we can’t help but recognize. The very logo that can make a simple article goes from 20 to 2000. Words surely hold a lot of power now, don’t they? I love the black and white chiaroscuro look and how perfectly it blends in with the whole thing making it look nothing less of the word perfect. 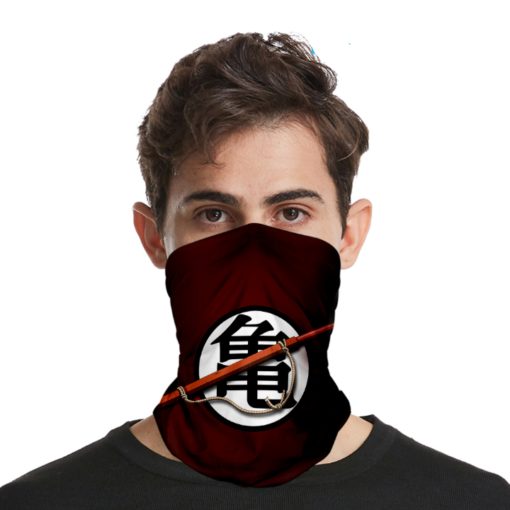 Better not forget the symbol, the mark, the kanji that made Goku who he is today. This one takes you all the way back to the entrance exam Goku and Krillin took in order to get enrolled in the Turtle Hermit school. The race that no one has forgotten to this very day, the fact that Goku smashed him even in a handicap was something that made us aware of just how much of a monster that guy is. We haven’t forgotten about anything at all since it was something that made Goku learn the Kamehameha wave, the one we have tried doing countless times now. Just to get caught by someone when they walk into the room without knocking. 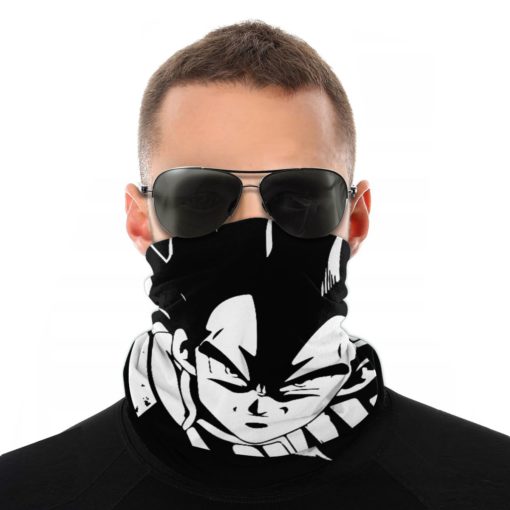 Vegeta is in the house so brace yourselves. Having the prince of all Saiyans himself grace your neck gaiter with his surprise appearance, you sure are lucky, aren’t you? Taking the black and white chiaroscuro look to the next level, this one brings Vegeta in the picture. Vegeta has had his moments that are at times way more heroic and way cooler than Goku. But the plot armor makes Goku get away even if he becomes Yamcha for a few episodes. You know, to change things up a bit. Even in that baseball game, things weren’t looking that good. But the duo sure brought it back in the end. It features rare footage of Vegeta, a smiling one, one that we haven’t seen much of unless he’s there asserting his dominance as to how he’s better than everyone out there. But that’s a signature move at this point and something that makes him who he is. 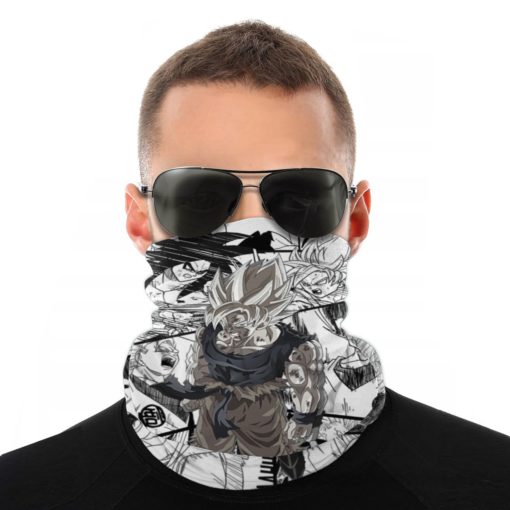 Goku won’t sit still now that Vegeta’s in the house. Wait, I said it the wrong way. It’s more like the other way around. Goku, taking things up by a huge notch bringing in all the ‘Gokus’ in the house sure is ready for a fight. Featuring the various faces of Goku, this is like the whole character in a nutshell. Whether it’s the base Goku that gets your heart pounding or the Super Saiyan two or three one, this one’s got you covered and is the sweetest treat for all the good fans out there. Featuring even the Super Saiyan four version, the one that made things look so broken that people stopped mentioning it a while ago, it sure is a one of a kind. It’s like the perfect proof to show that you’re a good person rather than a Vegeta. Be sure to be on the lookout since you might get jumped by some Vegeta fanboys out there. 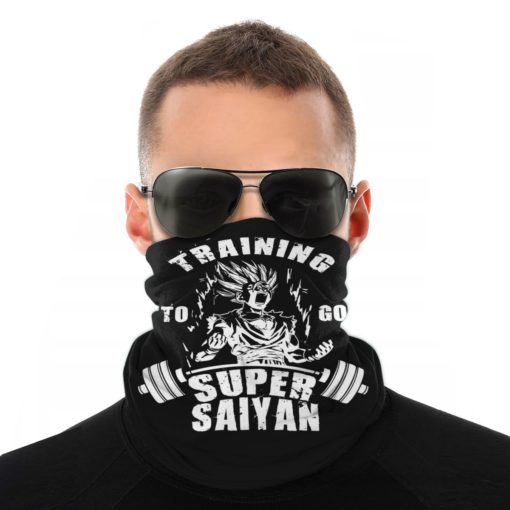 Let’s face it, we all wanted to become a Super Saiyan at some point. I still remember back in the day when people first saw the form, everyone was crazy about it. It’s nothing wrong with that since it was something new and kids only want to see some good fights before they start simulating them the very same way. It was something that bewitched us the moment it appeared on the screen since it introduced something so new that we had surely never seen it before. It took Goku years of harsh training since that power can only be practiced by the strongest of warriors out there. The same holds for real life so better start training today since the super Saiyan transformation ain’t coming easy but there’s still hope that you might get those bulked up body that would have all the girls drooling for you. 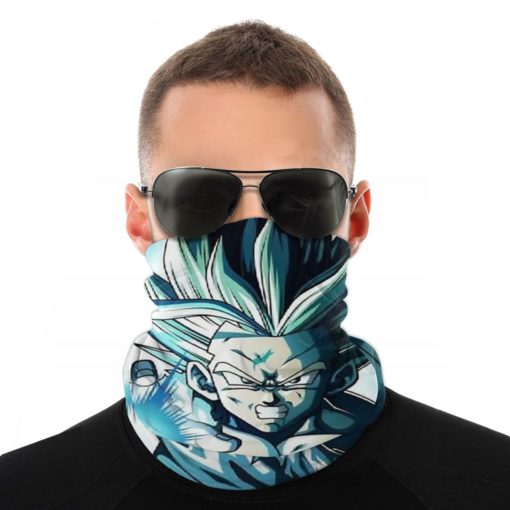 During the Cell Games, Gohan vs. Cell was like the main event since the word hype is nowhere near the excitement and adrenaline it had to offer. From being that timid shy kid not even being able to express himself at times to achieve power so tremendous that he was able to go head to head with the strongest being out there. Outpacing his father at that time as well, Gohan made it look like the Earth was in good hands since he was overpowering Cell for the most part. However, in the final moments when Cell brought out the big guns and was ready to blow everything away, Goku was there to lend him two instead of one hand and they together gave birth to one of the sickest special move-in anime history, one that signifies the bond shared by a father and a son. The Father-Son Kamehameha. 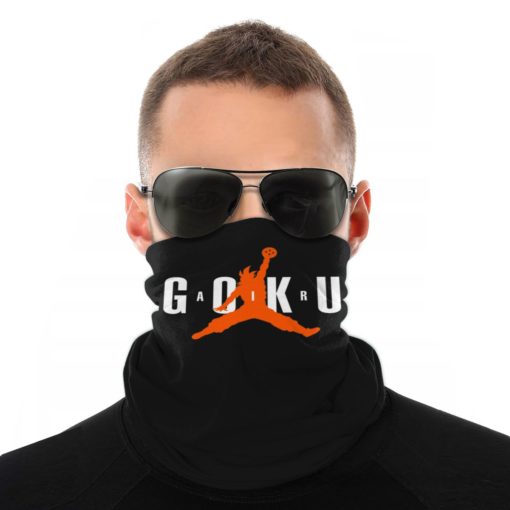 Nike Air sure is a big thing. Everyone wants to get their hands on one but the price tag makes us want to turn away the moment we lay our eyes on it. Well with a much more reasonable price and the silhouette of Goku himself to back things up, we have a treat for all the Basketball fans out there. Being a true Basketball enthusiast, you know what it means wearing something like that, something that signifies the sport and brings out the love you harbor towards it out in the open. A perfect thing NBA fans can get who love Dragon Ball Neck Gaiters at the same time since it was something they watched long before they came to know about the NBA. 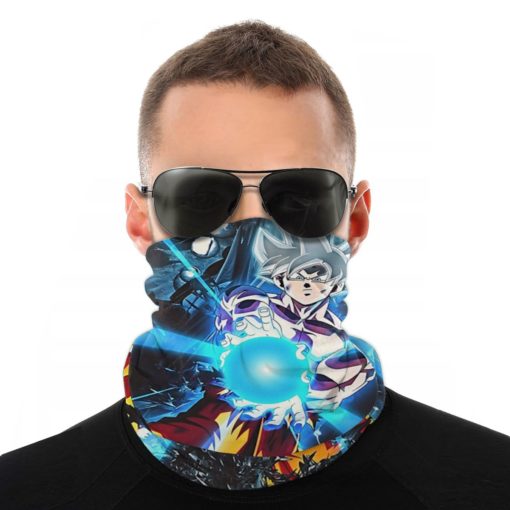 This is the coolest one out there. Making a shiver go down other’s spines, it’s surely something that would make you look way more intimidating and dreadful than you’ll ever be. It looks like you have that headlight in your mouth making it hard for people to even maintain their gaze at you. It looks like you’ve become Nappa himself for an instant ready to blow everything up with that energy beam that comes out straight from the gut. From a good guy to a bad guy in an instant, it sure is something handy now, isn’t it? 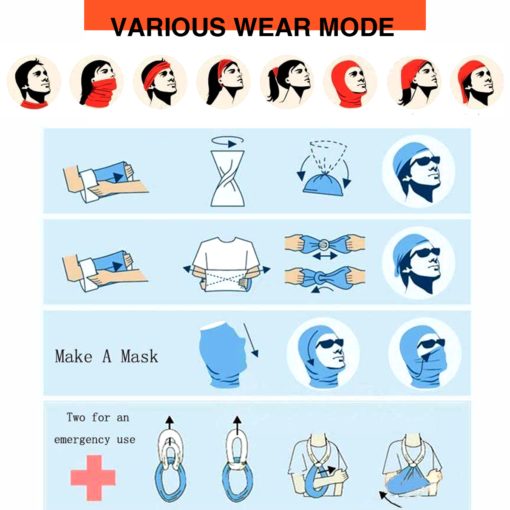 How to wear: I know you’d be confused and would try all sorts of things when it comes to wearing these, failing at times, and making it look like you’re putting up a circus or something. We’re always here to help so let’s dive into a brief explanation on how to wear these. You can go all delinquent with it and wear it like a bandana making it look like you own the streets or something. Girls can tie up their hair in a knot on a hot summer day so they’re handy in the scorching heat as well. You can also make a mask, tying it in a way that would fit around your whole face and neck making you able to avoid the dust and harmful gases, even people themselves. Plus they also serve an emergency first aid use since two of them can be used to keep things in place for example if you’ve hurt your forearm or something, making it easier to hold it in position until you arrive at the hospital.