In this article we will talk about the 10 Things We Learned From Dragon Ball Super Broly. Broly is a movie that is for all kinds on people.

Dragon Ball Super Broly is one of the best anime movies of the decade. There’s not a shred of the when I say that phrase since it’s more than deserves the praise it receives. Broly as a character has always been that villain no one can help but to call his favorite. His personality to his power levels to his ape personality, destroying and obliterating anything and everything in sight was something that had the fans hooked up the moment he appeared on the screen. He kept coming back to back but wasn’t a part of the series. Yes, you heard that right, Broly was a non-canon character despite him being way more popular and powerful when it comes to the Dragon Ball characters. It was a dream to have him included in the timeline as a character. I’m sure every fan agrees with that. Well,  lived to see that day and were treated to something we had always been longing for. The sweetness didn’t fade even a bit and all that wait was worth it. A perfect comeback of a series that’s like the epitome of the action genre. Let’s travel back in time and try to remember 10 things that we learned from Dragon Ball Super Broly. 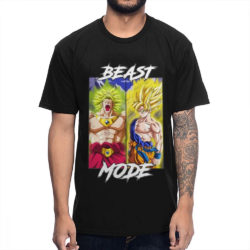 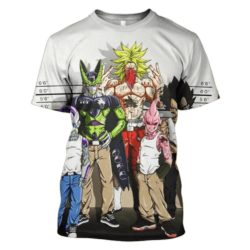 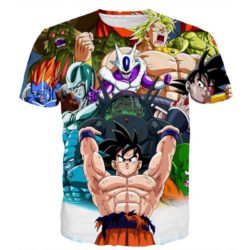 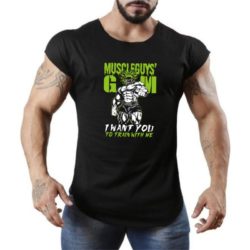 The moment I saw Frieza in the movie, I knew something fishy was on its way since that can’t seem to stop following this guy around. It’s like they’re married together or something. The guy’s up to no good no matter where he’s at. We all remember how he was contesting with the Z warriors, going back and forth when the Namekian Dragon had woke up from his slumber and asked the 3 wishes. His only aim, the goal since the beginning was to become immortal. He looks so much like a spoiled brat what more does he want now? You’re all wondering that question right now. Well,  defied expectations and went for something different this time. He was gathering the balls in order to get himself a bit taller. No, no, I’m not drunk. That’s the truth right there. From wanting the fruits of immortality to picking up the fruits hanging from a tall tree. The irony.

Back in the day,  heard the name so many times and there wasn’t much of a flashback or memory regarding it no matter who was the one saying it. But then there was a special episode featuring Bardock that showed a bit about how things were in the past and how the lizard had ruined everything just to give himself a moment of pleasure and excitement. He makes ‘The Baby’ from Monster look way too innocent despite what he did. It was as if we were watching a reimagined, a redefined version of that very episode that was remastered and looked way too crispy for the eyes to handle. A planet full of Saiyans and the bean version of Goku was something that everyone had always wanted to see since the teaser we were shown in the Broly movie. 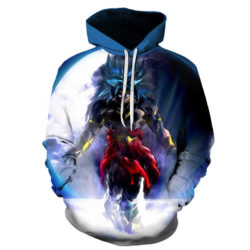 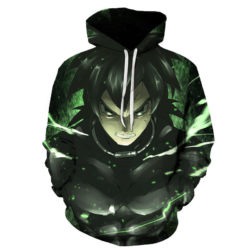 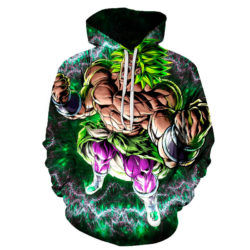 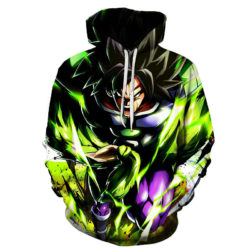 Everyone knows about Bardock. He’s one of the most badass looking characters when it comes to Dragon Ball Super Broly his bandana that he wears in a weird way and those scars that make ‘Scar’ from Full Metal Alchemist look far from that word. Goku’s mother was never the subject of discussion and was never mentioned since Chichi and Bulma was there playing the mommy character with all the new kids appearing in the anime. At one point all of us wondered and tried to image Goku’s mom in our heads just to come up with another Goku with the hair straightened out since everyone related to Goku is Goku from head to toe. It was so nice to see the mother of the child who was our guardian back in the day when we were a bean and were looking forward to meeting him on the television screen.

7. Raditz, You were never forgotten

Raditz was the opener for Dragon Ball Z. He was like the first batter before the cleanup Frieza arrived to hit a home run right in the faces of all the Z warriors. Talk about a Ricochet that’s way more useful than the Spirit Ball. I said Spirit Ball, ot Spirit Bomb. Well no helping it that’s used by Yamcha with the words of ‘My extra-large Spirit Ball’. Nothing is large about you Yamcha, only extra. We didn’t see much of Raditz later on either and he was kind of forgotten since he didn’t have any kind of special moves that stood out either since in that way we could’ve Cell redo them. However, the movie featured a kid version of the character that made us remember that sinister smile, that big forehead with those long hair that has the word ‘wild’ written all over them. He also had tied his tail around his tummy just like the old one who appeared in Z. 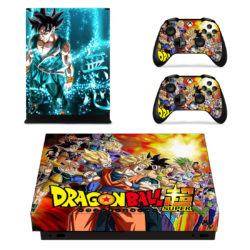 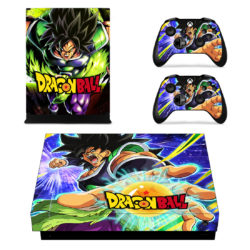 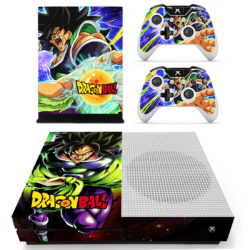 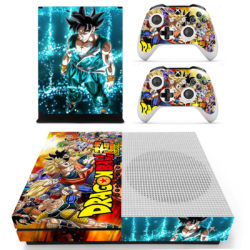 6. Son, this is goodbye but we’ll never forget you!

We know that Grandpa Gohan found Goku crying in a particular thing that was otherworldly for sure. It was a Saiyan pod but we can’t blame the old man for not knowing that. In fact, e should praise him for going up to have a close look at it without fainting himself. Props to the Pops. The departure with Bardock and his mother having the last conversation they’ll ever have with his son and Goku reaching out his hand that radiated the affection even with the barrier keeping the people apart. You could feel the love just like the aura they give out as a Super Saiyan. This was a heartwarming moment for sure and something that showed a side to Saiyan we didn’t know of before since they’re the perfect race to fight, fight, and fight all their lives.

Gotta throw that one out here lol. That’s signature whenever we’re having the whole power level discussion no matter what the anime it is. From the first movie, it was made clear how strong Broly was. They even showed those scenes when Goku and Broly were lying side by side with his crying with his mouth wide open. But I had no idea that his power level was reaching heights only shared by none other than our very own Vegeta himself. Those kinds of power levels were sure to get you the highest post when it came to the Saiyan troops. But King Vegeta is a prudent one now isn’t he? Just for the sake of his own insecurity, his own fear of the fact that his son, the prince would get out shadowed by someone else had him take some big steps and make the kid go away before it was too late. 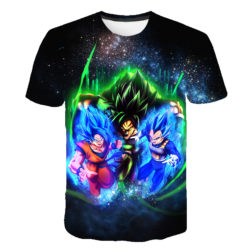 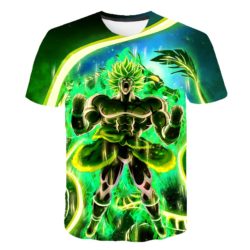 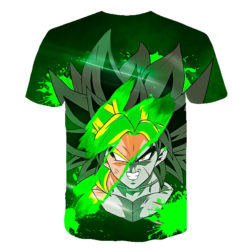 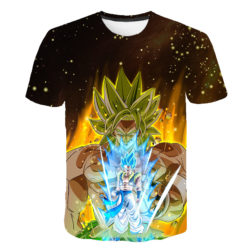 4. Paragus, we feel for you

We have a new chapter to the story when it comes to this character. Not much was told about him in the first movie other than the fact that he’s the father who looks after the killing machine. But we got to see the soft side that even serial killers have in their hearts when it comes to their own blood, their own flesh. All he wanted was a home for him and his son. That’s all he asked for after losing his wife. It isn’t much by any means but we have Planet Vegeta replacing Kim Jeong here in the Dragon Ball Universe. He caught wind of the whole plan that was going on in the shadows of having Broly deported to an unknown planet cause he’ll thrive better there and would expand ‘our’ horizons. Broly was all he had left and he didn’t want to lose her. Going against the king was the only option he had even if it meant losing his status as a Saiyan.

There’s no end to the bad deeds this guy has committed. The agony, the pain, the misery this guy has given, the lives he’s ended. And the fun fact is he still keeps doing it giving a tough competition to the other villains out there. Here, just to have Broly draw out his true potential and go all out fighting Goku and Vegeta, he did something no one was expecting. Well,I guess some were considering we know him quite well by now. He killed his father, the only family he had just to see the legendary super Saiyan form that he had heard only in the legends about. He did show us an awesome fight and fluid animation we never had seen before. But we can’t help but feel sorry for the guy now, we? 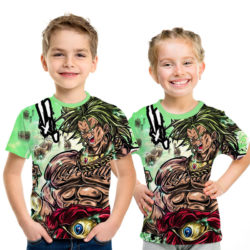 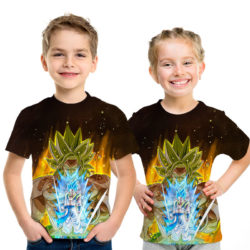 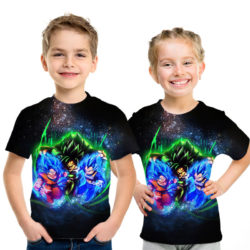 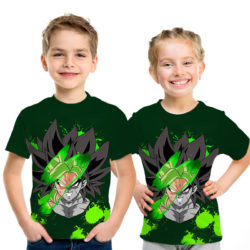 2. Vegeta you were never forgotten about

Okay okay I get it, Goku is the chad, the og when it comes to Dragon Ball. But Vegeta ain’t no less. In Dragon Ball Z, Goku was always way far ahead of him despite dying way more times compared to him. He even had the legendary Super Saiyan three form, a form Vegeta didn’t get to see even to this day. He skipped straight to the Super Saiyan Blue, making us wonder if he’s the prodigal son who skips classes cause he’s too good for the rest of the kids. But here, we got to see the red, the god form that the prince deserved from the very start. With this, the red form was now in the books and we finally got to see Vegeta in a completely new form, a completely new side to the character. He actually looked cool and calm, wise as well in that form lol.

1. You’re all in the house now

The best thing, the one to seal the deal and finish things off, the best gift that the movie gave us is the fact that all the characters are now canon. No matter which one you talking about, we have everyone in the house now and everyone gets love. Broly is canon making the dream that we had so long ago true and doing it in the best way possible as well. But that’s not all. We were given the perfect treat, the perfect dessert with Gogeta in the house as well. Talk about killing two birds with one stone. Gogeta is also a character that was on the top of the list when it came to the non-canon but favorite characters. This movie made things happen, made dreams come true, made us believe that expectations do get answered in the Dragon Ball Universe.