Gamers, the word that people look at with all different kinds of feelings giving multiple meanings to the word that the eye can see and the mind can fathom. It holds a different meaning and bears a different weight for different people. For people who are familiar with it or classify as the very word themselves, it’s a word that’s more of an identity, more of an alternate personality that brings their heart and soul to peace and serves as an escape from reality. For others, it’s something that’s not that important and kind of like a different species within the human race itself. That’s kind of funny since humans are a species themselves. When it comes to gaming, there are a lot of things that matter and are necessary to be able to play at that level that makes you feel that you’re actually good at the game. Sure, a good CPU with all those specs is the base and lay the foundation on which everything else rests on but there are other things that matter a lot if not equal in that respect. A gaming keyboard is a must along with a mouse to be able to keep up with your swift hand movements but the mouse needs an ice stadium to skate on now doesn’t it? Otherwise, it won’t be able to bring out the best in you outside for others to see and admire. A good mouse pad serves perfectly and makes the skates work wonders and last for eternity for sure. What better than to have your favorite characters go along with them symbolizing your inner self on the very floor you’re dancing on? So let’s get ready to see some fine ice and dive right into the 10 Must-Have Dragon Ball Mouse Pads for Every Gamer. 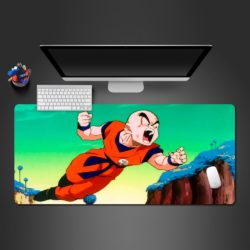 What a better way to start things off than with a character that’s not all high and mighty when it comes to the whole Dragon Ball universe. We’re going all the way back to the seeds that gave rise to the fruits that we’ve been enjoying to this very day and will be for the years to come. Even if he’s not god-level when it comes to fighting, Krillin is a character who has a great impact on the story ever since the beginning. He played a major role in Goku‘s character development and was with him no matter how bad things were or how worse the situation got. He’s like the true brother to Goku and someone he could never forget even if he started getting memory loss considering he’s an old man now. 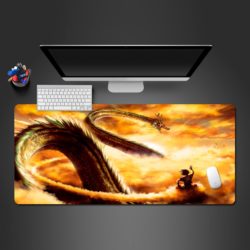 Shenron’s the nurse joy when it comes to Dragon Ball. The dragon is the last resort and one of the reasons the characters can fight so recklessly paying no heed to get injured or dying since it’s just a graze that’d be all gone the moment they’re resurrected. Senzu beans and Shenron are like so op that they’ve made Goku and Vegeta even bigger monsters than they already were. But later on, the kind of stop resurrecting Goku causes the guy to die the next day and they don’t have that much time to gather the balls all the time. Still, Shenron is a caretaker that’s been the reason people on planet Earth are able to see another day in addition to fulfilling some personal questionable desires. Oolong, I’m talking to you. 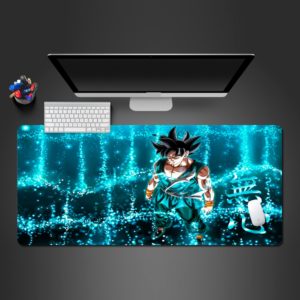 Goku’s strength has been going up since the beginning. The guy is literally way stronger the next episode compared to the previous one. The gluttonous appetite is sure a contributing factor I’m sure. Take notes, kids. Still, with Dragon Ball Z, the growth has been tremendous with him breaking through and making the walls go down, the barriers go off, the hurdles fall down on their own the moment they see Goku running towards the ‘next level’. This has made us look at all different kinds of colors is coming out of him as a whole almost making the rainbow complete as of now. We’re like halfway there and soon the day would come where we can draw a rainbow with the colors being different forms of Goku standing in front of the prism. That’d look so cool now wouldn’t it? Like the rain washes away the air, making the rainbow appear as if Goku saved Earth once again. 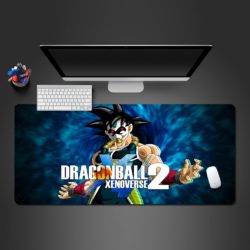 Gaming with a gaming mouse going hand in hand with a gaming keyboard with a gaming-based gaming mouse pad going along with it. Now don’t sleep on me that was a lot of gaming right there. Xenoverse is one of the newest Dragon Ball Mouse Pads to come after a long time with a sequel that brings much more than the original to the table. The developers have been constantly working leaps and bounds on the game making fans have a taste of more and more Dragon Ball Mouse Pads just like they’ve desired since the early times. The game’s really popular and a lot of people are playing it since it delivers a plethora of possibilities, a multitude of choices to select from making you lost in the vast galaxy that the game boasts of. The mouse pad and the game are the perfect couples, made for each other. 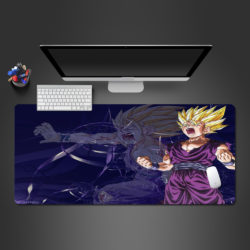 Let’s shake our heads a bit and recall our memory. Going all the way back to when Mr. Perfect was holding this posse giving people his own version of ‘Who wants to be a Millionaire’ with fists and kicks involved. We had a lot of contestants and all different kinds of crew members while Mr. Satan gracing us with the presence of the strongest human alive in this world. All kinds of people went for the prize, the ultimate reward anyone could ask for, the title for the strongest that currently Mr. Perfect here was holding. But then came a kid who gave Mr. Perfect a taste of his own medicine and made him remember the pain he caused, the people he’s hurt, and the agony he’s made each and every one of them experience. Way to finish things off with that Father-Son combo and that yell to go along with it. Perfection. 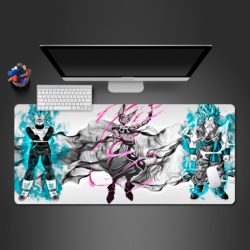 The trio, the three musketeers, the triforce that made all the triangles look lame no matter what sense they were presented in. The coolest three in one to ever exist in a show right here in front of each and every one of us. These characters have worked hard, trained themselves to the very bone except of course one of them who was born with it while the rest had to work for it. Still, Goku and Vegeta intend to leave no stone unturned in their quest to be the best, the journey to surpass Beerus and sit on the throne that’s long been his possession. A slight proof of how earnest and serious they are can be seen from the fact that Goku actually did one trillion pushups when asked to. Talk about having numb arms. 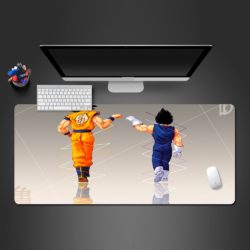 Brothers in arms but rivals in farms, these two characters gave us a clear example of how exactly a complicated platonic relationship with someone looks like. They’re always training, giving it their all to make sure that the ones they hold so dear are safe and the planet Earth lives to see another day. Unlike in the beginning when Vegeta had this complex and wasn’t willing to join hands for one cause no matter how bad the situation looked like, he’s gotten a bit of a brain now and understands the fundamental rule when it comes to bouts and clashes with someone. That being to understand and know what fights you can win alone and what fights you require assistance for. He’s ready to join forces now if the time and situation calls for it and doesn’t hold back to cooperate despite his face giving out all these kinds of expressions as if he’s in the toilet after eating a lot of Mexican food. 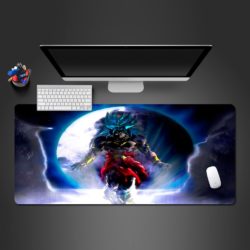 Dragon Ball Super Broly kind of redefined and reimagined the whole anime movie universe, bringing in all-new elements to the movie scene while paving new paths for the existing studios and the newcomers to tread on making all these interesting discoveries that would in the end add up to make anime even more enjoyable than it already is. Broly, a character long forgotten, was brought back and revived, making him rise from the ashes, from the slumber many people didn’t think he’d wake up from. A lot of hearts were satisfied and a lot of desires were fulfilled when we saw the man again on the big screen since he’s one of the most hyped and loved characters since his debut. To make things sweeter, his character got a lot of new depth and elements that made him as a character shine brighter than he ever did. 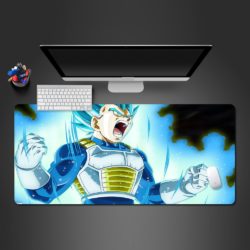 Ever since the beginning, there’s this line, this boundary that separates Goku and Vegeta and makes the characters look far apart while in reality, they’re quite close to each other when it comes to strengths and weaknesses and with the recent movie, equals in my opinion. Sure we’re still missing the Super Saiyan 3 form which I don’t think we’ll be getting but Goku doesn’t have a Majin form so we’ll take that instead since both came almost at the same time. One of the best things Dragon Ball Mouse Pads Super came along with was the blue itself. The Super Saiyan Blue form surely made the red god one look bland despite it being way more pompous than the blue. But still, it made us reshape the characters and make infinity the end and the termination point when it comes to strength in the Dragon Ball universe. 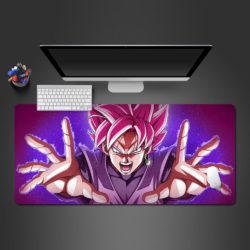 This is the coolest thing your desk can desire for, the best accessory you can adjourn your table with. Goku Black is one of the best characters that came along with Dragon Ball Super, with a personality like no other and power levels that make the blue form look like Super Saiyan 1. He as a character has the most depth to him when it comes to the plot and exhibits elements almost no character in any anime has manifested before making him so unique and original that you can’t help but love the character for who he is. I know, he’s a misanthrope with plans to eradicate the entire mankind but let’s set that aside for now since we’re not biased and very level headed people always making sound judgment lol. The synergy and everything were so perfect that it made any other pair of twins lose their mind and the Super Saiyan Rose was a sight to behold and a thing to remember.