In this article, we are going to talk about the Super Cool Baseball Caps for every Dragon Ball Fan Summer 2020. This is am amazing new stuff in our store.

I still remember when I was a kid and I saw this man wearing a baseball cap. It was completely something new for me since I was like 4 years old and no cartoon character wore it prior to that, TV being the only thing I had my eyes glued at that time. But it looked cool like it made the man stand out from the rest of the crowd. I asked my mom to get one for me not long after. It was like a dream come true. Baseball caps have always been a thing. Whether it’s the scorching heat you want to save your hair from since the UV rays nowadays pack more than just a punch or just want to go with the flow styling on these girls, they’ve got you covered. I’ll let you in on a secret as well, if you’re losing some hair up there you can also wear one of these to conceal that. No one will know other than you yourself and the hat that’s protecting the barren field. Plus they come in all these designs that make them never go out of business or the trend and keep on bringing something new to the table. Have you ever thought what would happen if Dragon Ball and Baseball Caps did a crossover? Yes, I know you’re excited already so I’ll cut right to the chase and show you the coolest thing you’ve seen in a while. Well practically ‘things’. So without further ado let’s dive right into the Super Cool Baseball Caps for Every Dragon Ball Fan 2020. 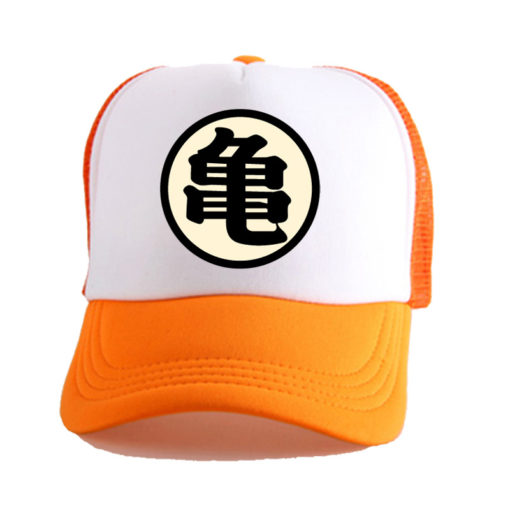 Let’s keep things simple at first. We don’t want anyone dying from a heart attack now do we? Let’s turn back time, all the way to the time when Goku first came across the person who’d be guiding him down the path to become the best martial artist out there. This Kanji symbol from the get-go caught my attention since it was something so simple, yet it stood out so much that it put his school out there as if it was the Harvard University of that time. But at the same time, it gave us the idea that we were in for a good time and that our boy is in good hands. Roshi has been on the screen for a while now and the guy never changes. He’s still the same old pervy dude that we can’t help but love and adore. But this symbol was what started it all, all that we can’t help but smile when we recall it even today.

We won’t be going full speed right from the start since we don’t want any casualties here. Bulma and her search for the Dragon Balls always came in with a lot of trouble. Goku was wound up in all different kinds of a mess doing all kinds of things. Being the Microsoft in the Dragon Ball world, the capsule corp was always there whenever we felt the show to be a little too ‘historic’. From kids fighting dinosaurs in the mountains and eating them later on to having dehydrated food and capsules that transform into houses the moment they’re thrown on the ground. Talk about advanced Pokeballs. But Capsule Corp always came in clutch and was there to assist Goku and the others whether it be in the form of that gravity training chamber or that radar that made you go on a world tour, you name it. The symbol never died even when the world was destroyed a couple of times in the future. 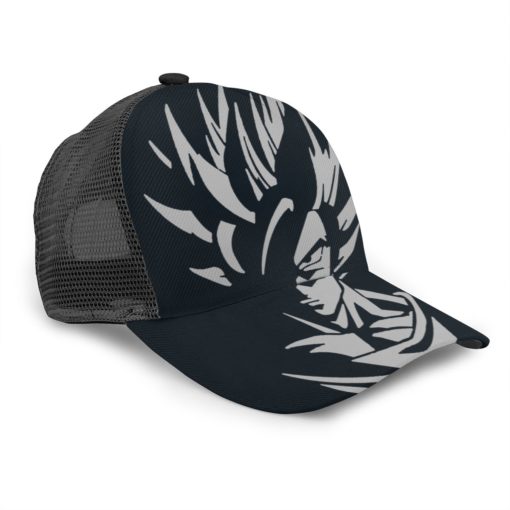 Not all heroes wear capes. Some of them wear the same uniform for an eternity without it getting tattered or anything. Goku’s come a long way. From fighting dinosaurs and such in the mountains to take on the strongest warriors in the whole universe. Talk about promotion. We’ve seen all these sides to Goku whether he’s being that mischievous kid making things go south for everyone just for the fun of it or being in a state of anger that knows no equal in the entire galaxy. You name it. The number of times his fists have made an impact on someone else, his heart sure is numb at this point. Or that’s what everyone would suppose and presume but that’s completely wrong. He’s still the same old kid we all love and that’s the best thing about him that no matter what happens, no matter how bad it gets, he still is the same ready to munch on all the food that’s on the table. 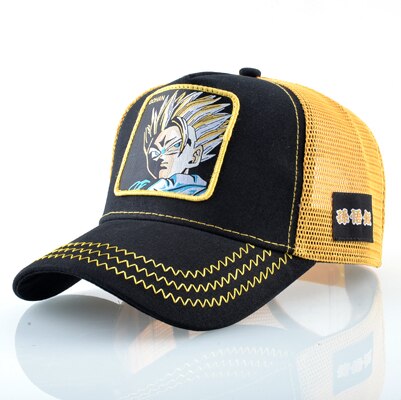 Gohan has had one of the best character developments anime has ever seen. From being that timid kid who started crying just having his head banged against the wall while playing to taking on the perfect being in the entire universe to being a scholar and someone who’s revered by everyone in the world. He’s got it all but he’s lost his fighting spirit now since knowledge and wisdom make you forget the brutal nature that humans are notorious for. His best moment truly was during that Cell games arc when he went up against Cell who had been putting up a blood bath with bodies piled up everywhere. When it looked like it was lost and Earth wouldn’t see tomorrow, he was there and he mustered up all the courage and might out there to make sure that the next hour, the next minute, the next second exists for the ones he loves and holds dear. 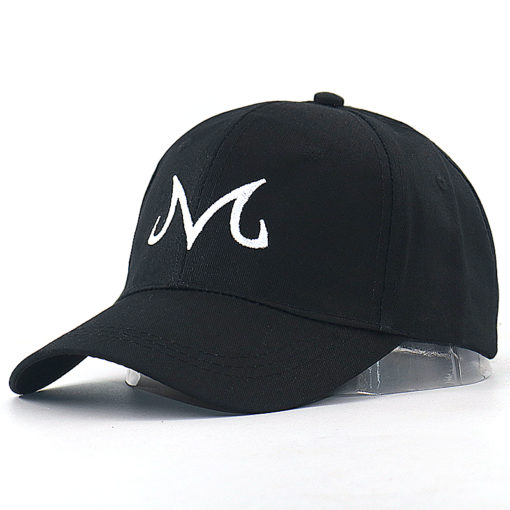 The Majin Buu arc was a lot different compared to the ones that came before it. It featured a lot of characters and had a lot going on for it with all different worlds all riled up in it. It was a bit complex to say the very least. But that same thing made it different and gave the series all these new sides to it. From all those character transformations to the fusion scene to all these different characters, it was one hell of a ride. The Majin name boasted of power and might, one no one had ever seen before since it was something unimaginable. But those who swore loyalty to the name was promised all the might in the world. Vegeta fell victim to the name since he always wanted power, more and more of it. He always wanted to be the best. Well, he’s not the one to blame since the royalty always wants to be the best out there. That pressure made him crack up and fell victim to the Majin name. 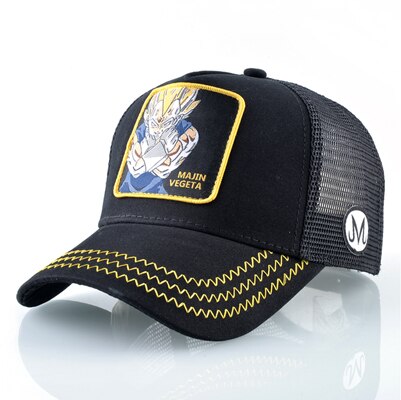 Speaking of Majin Vegeta none of us can deny the fact that he was kind of reborn. He had all this new power that made us feel like he’ll be able to make Goku taste defeat for the first time ever. He had always emerged victorious ever since he started his career never knowing what the word defeat means. Vegeta always was this character who was out shadowed by Goku. But with the Majin form up no one could have guessed what would follow from that point onward. The fight was a memorable one and had everyone at the edge of their seats since it was on par with the one we first saw and were literally enthralled with. It was a delight seeing that once again since it was nostalgic but Vegeta really was going at Goku’s throat while he was thinking of it like a practice bout or something. Look out for Vegeta, Goku, no one knows what he’s plotting. 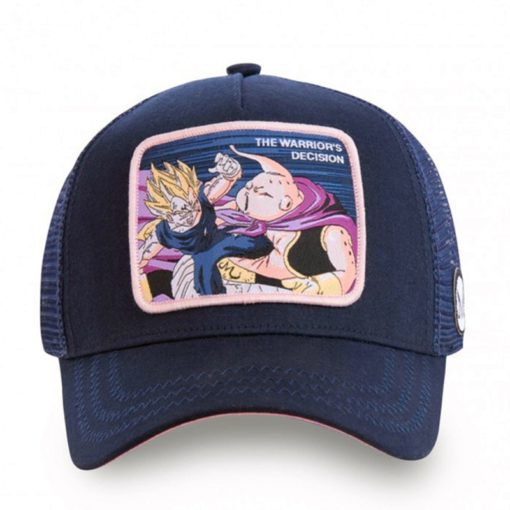 Goku wasn’t the only one who fell victim to the wraith Vegeta had piled all this time. He was only one of the few since the guy truly has some anger issues wanting to punch each and everyone to death. Well, that’s Vegeta for you and it’s this side to him that we can’t help but to like. His bout with Buu was one of a kind since Buu looked invincible prior to that having countermeasures to every move the warriors had mastered all these years. But this time when Vegeta was in the blue corner, things were looking different. He went down as a hero, as someone who for the sake of his son and his wife threw his life away since that was the only option left, the only attack he hadn’t tried yet. Unfortunately, the blob is second to none and is like this unfair boss we can’t help but to rage one for taking all our lives making us start the game over and over again. 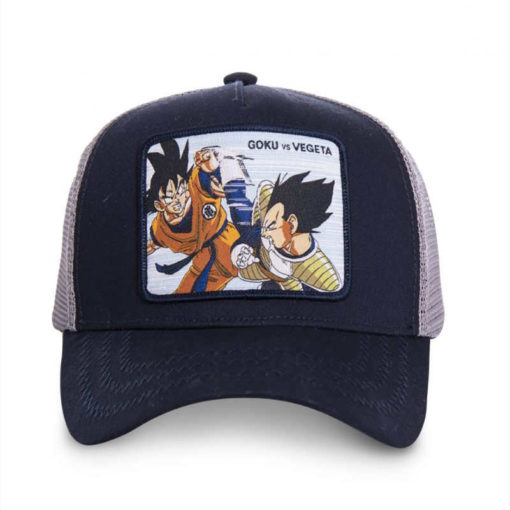 One of the best bouts anime has ever seen, one of the most well-executed to date. People were really hyped for this one since the stage was set with all the warriors out the picture and Nappa being the one standing on top of everyone out there. But Goku was here to save the day and soon showed Nappa what he’d been doing on that floating planet all this while. Having dealt with Nappa in mere minutes, Vegeta was next and from the looks of the kid, you could tell that he was angry and out for Saiyan blood since the prince wouldn’t like anything else to satisfy his pride with. The fight exceeded everyone’s expectations by a lot since it featured a lot of good moves that none of us knew the characters had been holding up all this time. From the great ape transformation to that Galick Gun, the fight had everything and anything a true fan could ask for. 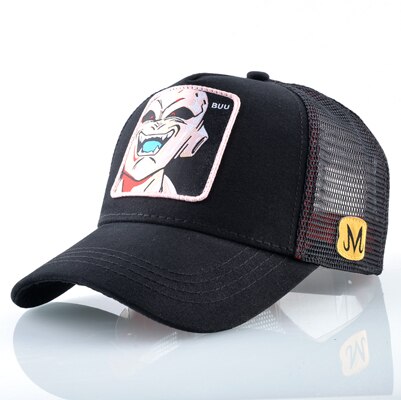 The kid’s here and he’s here to play. With your remains of course since no one would be able to catch the ball which would be coming right at you the next instant. Kid Buu sure gave us a lot of trouble even while being outnumbered the entire fight. Since the beginning, Buu was this pain in the neck that no one was able to finish off since the guy always had this ace up his sleeve and we didn’t know much about him. This made wrapping things up difficult but at the same time, it made ‘getting our ass kicked’ a lot easier. The kid’s unlike any other you’ve ever seen and is truly someone you wouldn’t want to babysit ever. Trust me on that. But it was a good ending to a good series that we wouldn’t mind watching every day for the rest of our lives. 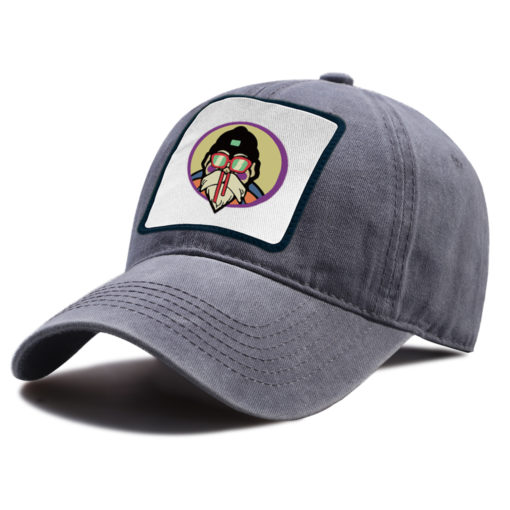 The iconic nose bleed. It’s become such a meme at this point that every anime has characters being in that very same state and the scorching heat is not the reason for it at all. The heat’s coming from somewhere else, better be on the lookout. From characters bleeding to death and requiring blood transfusions to stay alive and going, it sure has come a long way. Roshi has always had this pervy side to him that we can’t help but to love since it makes all these weird encounters and interactions that bring in the comedy element in the picture. No doubt he’s the perfect master anyone could ask for but he just can’t get his desires in control now, can he? Maybe old age gets you needy than ever. But it’s given us the laughs every time so we’d turn a blind eye to the perviness.